Give us our due 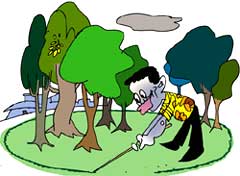 At the recent un summit on climate change in Montreal, Canada, a group of 10 developing countries led by Papua New Guinea came up with a new proposal. Termed "radical" by the North, the proposal sought financial rewards for developing countries that preserve their tropical forests. The representatives of the 10 nations felt that since the rest of the world was benefiting from the natural wealth of tropical forests, it was only proper that they shared costs of conserving them.

An old argument on payment for environmental services that had begun after the announcement of the Kyoto Protocol (kp) in 1997, resurfaced.

Umpteen researchers have established that tropical forests which absorb greenhouse gases (ghgs) -- the prime cause for climate change -- are shrinking. Not surprisingly, the developed world wants these forests preserved. The us, which accounts for 20 per cent of global ghg emissions, is a key proponent of preserving tropical forests.

But such forests are critical economic resources for many countries. Michael Somare, Papua New Guinea's prime minister summed up the predicament of these countries: "Timber is our only real option for economic growth. It's only proper that we are paid for not using our forests. Otherwise, our economies would be ruined."

Moreover, environmentalists have their doubts over crp. Some believe that any market-mechanism to solve climate change will allow industrialised nations to buy their way out of commitments to reduce ghg emissions. Others hold that the crp would drag into kp's purview, developing countries currently excluded from emission control obligations.

So, how should countries be compensated for not using their forests? The Papua New Guinea-led group did not have concrete suggestions to offer on this count. Experts reckon that the biggest challenge would be to first understand the economics of ecosystem services from tropical forests and then determine a system of payment. They argue that the amount should be, in principle, no less than the land users' opportunity cost -- or else it would virtually be impossible to dissuade them from using forests. But then what about estimating a fair market value of the benefit provided by nature, particularly the benefits of biodiversity conservation? After all, it's only fair that users of tropical forests are also paid for conserving them -- and not just compensated for the benefits they forgo by not using them.

The Papua-Guinea lead proposal and similar other ideas, meanwhile, has got the backing of prominent economists such as Nobel laureate Joseph Stiglitz. Costa Rica has already shown that a system of payment for environmental services -- like maintaining natural forests -- can work. But will the tropical countries have to wait till 2012 for preserving their forests?