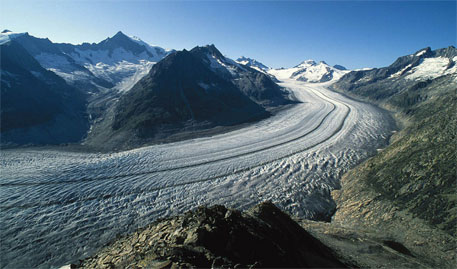 According to a recent report, most glaciers in the Mount Everest region will either disappear or retreat as a result of climate change over the next century.

An international team of researchers has warned that the Himalayan glacial melt will affect farming and hydropower generation. In an interview with Down To Earth, the paper’s lead author, Joseph Shea, explains the vital role glaciers play in maintaining the mountain ecosystem.

How important are glaciers to the mountain ecosystem?

Glaciers can provide an important source of water during the pre-monsoon period, even though the overall flow is still dependent on the monsoon rains. However, the impact of glaciers on rivers, and the ecosystem in particular, diminishes as one travels downstream.

You have been quoted as saying that increased precipitation rate will not be enough to offset glacial melt in the Everest region? Why is this so?

Some of the climate scenario models used during the study showed 12 to 15 per cent increase in precipitation level in the Everest region. But our model suggests that glaciers will continue to decrease in the future even with increased precipitation. The increase in temperatures leads to faster melt rates, exposes more ice to melt and thus reduces snowfall.

How are the Everest glaciers different from those of Polar regions?

All glaciers across the world behave in the same way, with snow accumulation happening at the upper regions and melting occurring at the bottom. But the climate and topography of these two regions are very different. The glaciers in the Everest region are mountain glaciers and tend to be steeper and smaller than polar glaciers which can form extensive ice caps.

What do you actually mean by “retreating” glaciers?

Glaciers are always pushing downhill because of gravity of the Earth. Glacier “retreat” occurs when the melt rates at the terminus are greater than the rate of advance.

Will the disappearance of glaciers in the Himalayas affect India and Nepal equally? To what extent will these nations suffer?

Glacier retreat can cause changes in stream flows. But the rivers that flow out of Nepal and enter India contain a very small percentage of glacier melt, as the monsoon is the main driver of these river flows.

Your study says that in some areas, glaciers have gained in mass? How is this possible when the reverse is happening?

The study concludes that lower level glaciers will melt faster. Why is this so? A recent study has shown that higher altitudes are warming faster than lower regions. Please explain.

Higher elevations may warm faster, but they will always be colder than lower elevations. Once low-elevation glaciers start losing mass, it is only a matter of time before they disappear completely at all elevations.

What will be the disastrous effect of lakes formed as a result of glacial melt?

It will only be disastrous if the lakes that form as a result of glacier retreat burst catastrophically. But we do not know where or even if these lakes will form, or what the future risks might be.