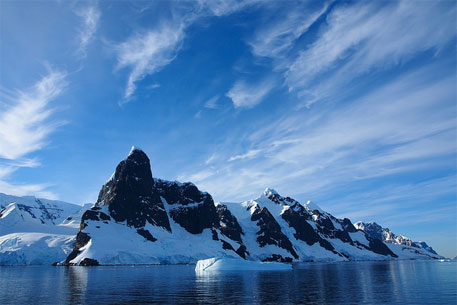 Over the next ten days, 25 delegations, with some 240 marine scientists, resource managers and policy makers from around the world, will consider new measures to conserve and manage marine ecosystems in the Southern Ocean. The meeting of the Commission for the Conservation of Antarctic Marine Living Resources (CCAMLR) will be the first after 34 years, when the Commission met in Hobart, the capital of Australian island state of Tasmania.

CCAMLR is a consensus-based organisation. This does not mean that all members of the Commission must necessarily wholeheartedly agree with a proposal but that, for a decision to be adopted, no member blocks agreement. This makes reaching consensus paramount and negotiations can go long into the night.

“Every member has an equal say, regardless of the extent of the interest a nation might have in the Southern Ocean,” says Leszek Dybiec of Poland, who will chair the Commission. The Commission meeting will consider scientific data and recommendations from its specialist groups, which meet throughout the year.

Christopher Jones of the United States, who is the chair of the Scientific Committee, said: “CCAMLR practises an ecosystem-based approach to conservation and management of marine living resources in the Southern Ocean, and this week CCAMLR’s Scientific Committee is meeting to provide the best available scientific advice to assist the Commission in their decision making.”

This year’s CCAMLR meetings will concentrate on marine protected area (MPA) proposals in East Antarctica and the Ross Sea. The commission will also look at initiatives such as inspections and vessel monitoring setting catch limits for krill, toothfish and other finfish species, to reduce illegal fishing in the Southern Ocean. It will also try to set catch limits for research fisheries that will support improved scientific knowledge.

The conference is expected to pump in an estimated US $1.32 million into the Hobart economy through accommodation, meals and tourism.