Researchers identify areas where new roads have most potential benefit, areas where road building should be avoided 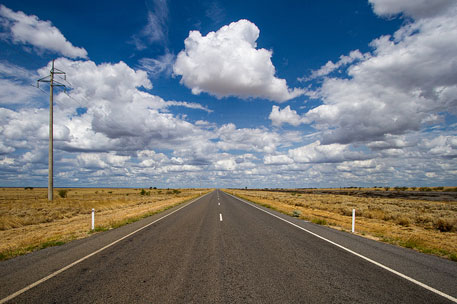 The world will have 25 million km of new roads by 2050. Many of these roads will expose the world’s natural forests reserves to “destructive loggers, hunters and illegal miners”. So, a study has created a “global roadmap” for prioritising road building across the planet, to try to balance the competing demands of development and environmental protection.

The authors of the new study, recently published in the journal Nature, have identified areas where new roads have most potential benefit, areas where road building should be avoided, and conflict areas “where potential costs and benefits are both sizable”.

“Roads often open a Pandora’s Box of environmental problems. But we also need roads for our societies and economies, so the challenge is to decide where to put new roads—and where to avoid them,” says professor William Laurance of James Cook University in Australia, the study’s lead author.

Laurance worked with colleagues from Harvard, Cambridge, Melbourne, Minnesota and other universities for nearly two years to map out the world’s most important ecosystems and biodiversity. After mapping out the priority areas for conservation, the team then tried to decide where roads would have the greatest benefits for humanity.

In general, areas that would benefit most from new roads are those that have largely converted to agriculture but are currently relatively low-yielding but not too distant from urban markets. All continents have regions that fit this bill—including parts of central Eurasia, Central America and Mexico, and the Atlantic region of South America.

“We focused on agriculture because global food demand is expected to double by mid-century, and new or improved roads are vital for farmers,” says Gopalasamy Reuben Clements from James Cook University. “With better roads, farmers can buy fertilisers to raise their yields and get their crops to markets with far less cost and waste.”

The study’s authors say that this new global road-mapping scheme can be used as a working model that can be adapted to for specific areas. They say that proactive and strategic planning to reduce environmental damage should be central to any discussion about road expansion.

“So much road expansion today is unplanned or chaotic, and we badly need a more proactive approach. It is vital because we’re facing the most explosive era of road expansion in human history,” Laurance said.