Hydro dams, pollution led to a 76 per cent dip in freshwater species populations between 1970 and 2010, says report

The global animal population has more than halved in the past 40 years, according to a new report. The 2014 Living Planet report blames increased human activity for the alarming drop in the animal population between 1970 and 2010. “The biggest recorded threat to biodiversity globally comes from the combined impacts of habitat loss and degradation, driven by unsustainable human consumption. The impacts of climate change are becoming of increasing concern,” says the biennial report by World Wildlife Federation, produced in collaboration with the Zoological Society of London and the Global Footprint Network.

“By taking more from our ecosystems and natural processes than can be replenished, we are jeopardizing our future. Nature conservation and sustainable development go hand-in-hand. They are not only about preserving biodiversity and wild places, but just as much about safeguarding the future of humanity—our well-being, economy, food security and social stability – indeed, our very survival,” says Marco Lambertini director general, WWF International.

The report says freshwater species populations are the worst affected population. They “have suffered a 76 per cent decline, an average loss almost double that of land and marine species”. The main threats to freshwater species are habitat loss and fragmentation, pollution and invasive species. “Changes to water levels and freshwater system connectivity—for example through irrigation and hydropower dams—have a major impact on freshwater habitats,” the report says.

Terrestrial species declined by 39 per cent between 1970 and 2010, a trend that shows no sign of slowing down. “The loss of habitat to make way for human land use—particularly for agriculture, urban development and energy production—continues to be a major threat, compounded by hunting,” the report says.

Marine species declined 39 per cent between 1970 and 2010. The period from 1970 through to the mid-1980s experienced the steepest decline, after which there was some stability, before another recent period of decline. The steepest declines can be seen in the tropics and the Southern Ocean—species in decline include marine turtles, many sharks, and large migratory seabirds like the wandering albatross.

The report concludes by saying that world economies need to follow a sustainable growth pattern to avoid irreversible damages to earth. “We know where we want to be we know how to get there now we need to get moving,” says the report. 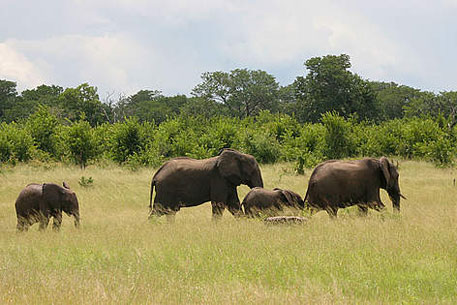