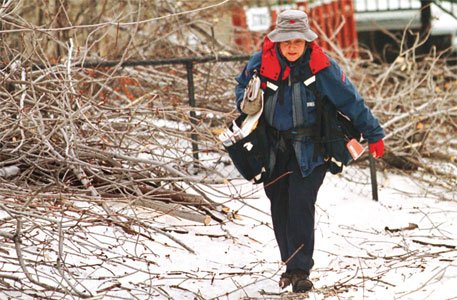 On December 11, the Canadian government announced that the country’s postal services would cease home delivery by 2017. This would eliminate about 8,000 jobs, mostly through attrition. “A leaner work force will create a more flexible and competitive Canada Post,” the post office announced.

In the absence of home delivery, Canadians who live in cities would have to pick up their mails at so-called community mailboxes, which would be established in neighbourhoods across the nation. While the service argued that the community boxes had “advantages for busy Canadians”, the announcement was widely criticised by opposition politicians and Labour leaders, who noted that the price of a stamp bought in a booklet would increase to 85 cents from 63 cents.