Bonds to the rescue?

Urban local bodies across India are floating bonds to raise money. This may render them unviable and make city living costly 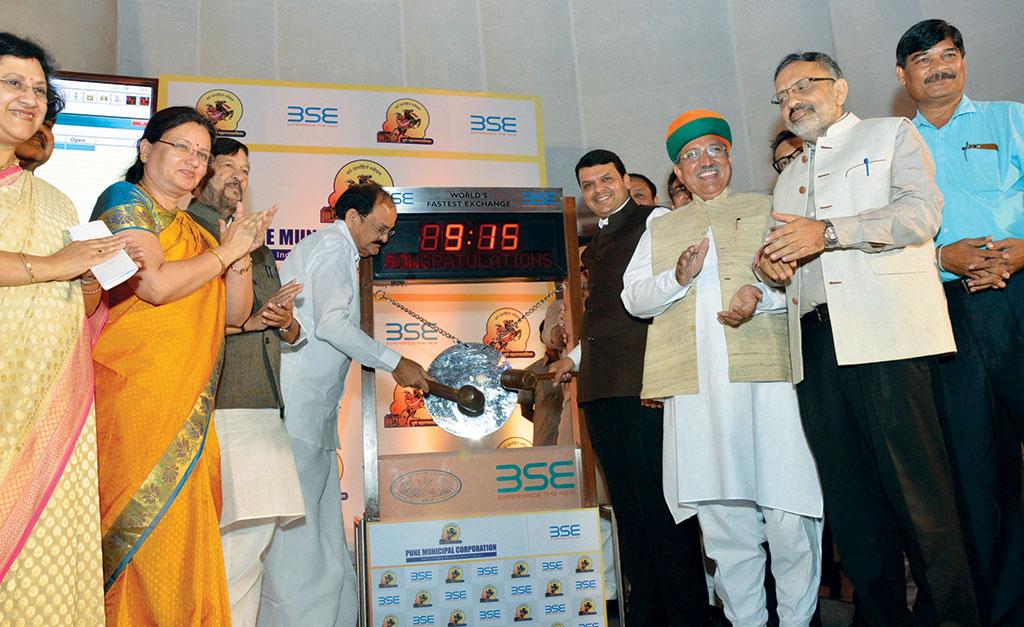 After the implementation of the Goods and Services Tax (GST), which has robbed the right of urban local bodies (ULBs) to levy and collect tolls, taxes and fees, ULBs are resorting to the system of floating municipal bonds. In May 2017, the Pune Municipal Corporation (PMC) raised Rs 200 crore through bonds which it plans to use to improve water supply infrastructure of the city. The bond, notified in the Bombay Stock Exchange, assures returns at 7.58 per cent a year to investors and will mature in 10 years.

“Our town and cities are growing by leaps and bounds. Providing essential services like drinking water and motorable roads to these ever-expanding populations require huge funds,” says Kunal Mandavali, deputy chief accountant (finance and compliance to bond), PMC. The 2011 report by the High Powered Expert Committee of the Union Ministry of Urban Development (now renamed Ministry of Housing and Urban Affairs), shows that improving the country’s urban infrastructure requires an investment of Rs 39 lakh crore. The latest 2017 report of think-tank McKinsey Global Institute puts the figure at an astounding Rs 53 lakh crore. “In the absence of adequate funding from the Central or state governments, municipal bond is one of the most potent methods of mobilising money,” Mandavali adds.

Policymakers have long touted bonds as a measure to make fledgling municipal bodies stand on their own feet and operate as self-governing entities as per The Constitution (74th Amendment) Act, 1992. In 1997, when the concept was introduced in the country, Bengaluru became the first city to issue municipal bonds. Ahmedabad followed suit next year. Till 2010, at least 22 ULBs had issued municipal bonds and raised a capital of Rs 1,353 crore, shows a study by the Delhi-based National Institute of Urban Affairs (NIAU). “Though the outcome of the bonds are yet to be studied in detail, all of them were redeemed in time and no default of any kind was reported,” says Om Prakash Mathur, urban governance expert at the Institute of Social Studies, Delhi. But this initial enthusiasm did not last long. “The Union government’s grant to urban areas under the Jawaharlal Nehru National Urban Renewal Mission (JNNURM) killed the spirit of ULBs to take further risk,” says Mathur.

To rekindle their spirit and help ULBs mobilise money through bonds, the Securities and Exchange Board of India (SEBI), in 2015 issued detailed guideline for urban local bodies. It made clear that ULBs have to maintain transparency. It also allowed the trading of bonds at the stock exchange. According to the SEBI norm, local bodies will also have to maintain 100 per cent asset cover to discharge the principal amount throughout the bond tenure. In 2017, the Ministry of Housing and Urban Affairs hired global analytical company CRISIL to rate municipalities on the basis of their assets and liabilities, revenue streams, resources available for capital investment and other good governance practices. These rating would help municipal bodies lure investors.

Not the right solution

Analysts, however, doubt the feasibility of municipal bonds. Urban governance experts say bonds can make cash-strapped municipal bodies further vulnerable. To issue a bond, a ULB has to keep an important asset, say a revenue-generating parking space, as collateral with a third-party so that it provides security against a default in payment. Earlier, there have been instances where cities have failed to pay the money they owe to bond holders and have filed for bankruptcy. In 2013, Detroit, a populous city in the US, was declared bankrupt after it failed to pay off $18-20 billion, the largest in the country’s history, to its bond holders.

“To avoid a situation of bankruptcy, municipal bodies may have to raise the cost of essential services, such as parking fees, waste disposal fees, charges of burial grounds. This will increase the cost of living of city dwellers,” says Mandavali.

Srikanth Viswanathan of Janagrah, a Bengluru-based non-profit which works on improving urban governance, says bonds are not an effective way of raising money for infrastructure development. Municipal bodies should instead expand or improve their potential of sourcing money from existing assets. Spaces like advertisement boards and parking areas are highly under-utilised in almost all the municipal areas. Also, offices let out at prime locations across municipalities charge very nominal rents. The current collection of property tax in most big cities is just one-tenth of the total potential, says Viswanathan.

So, what is the way out? Many municipalities can make a handsome earning from taxes after increasing them, says Deblina Kundu of NIAU. “The best option for a city is to increase as well as widen its property tax in order to hike its income source. Recently, Bengaluru showed the way by revamping its property tax structure and covering as many sources of taxation as possible,” says Kundu. To help poor corporations, state governments should share a part of the GST collection.

Ravikant Joshi, former chief accoun tant of the Vadodara Municipal Corpo ration, says municipal bodies should approach funding agencies like the World Bank, the Asian Development Bank and the Housing and Urban Development Corporation Limited (HUDCO). “Institutional loans are feasible because of low interest and long recovery time,” says Joshi. “For instance, for the bullet train project, we have taken a loan from Japan at the rate of 2 per cent. We will have to pay it back over a period of 50 years,” he says. Joshi also explains another advantage with institutional loans.

“Institutions like the World Bank charge the interest just like a construction-linked housing loan. This is suitable for any infrastructure building purpose. The problem with bonds is that the municipal bodies will have to start paying the interest amount to investors as soon as they raise the fund,” he adds.