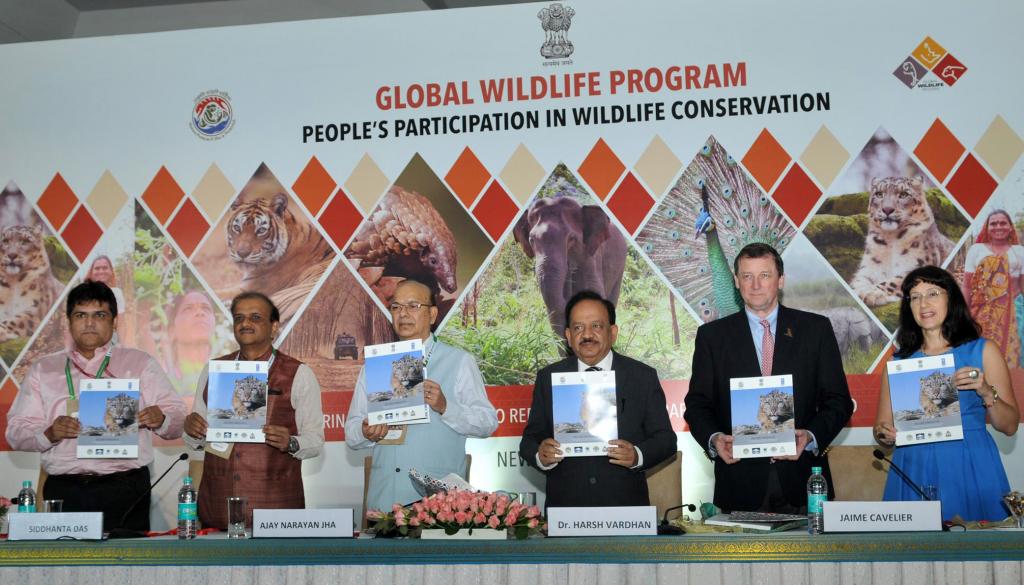 Civil society organisations have come out in sharp criticism of a publicised initiative by the Centre, the “Global Wildlife Programme (GWP)” launched on October 2. The GWP is being hosted by the Ministry of Environment, Forests and Climate Change (MoEF&CC) in partnership with the World Bank and United Nations Development Programme to address and curb illegal wildlife trade across 19 countries.

Ten civil society organisations working for tribal rights, alleged that claims of community involvement were “made mainly to impress a global audience” and were “far removed from the ground reality of official conservation in India.” Union environment minister Harsh Vardhan had said while inaugurating the event that “India is playing a leadership role in management of wildlife through involvement of local communities” and “five crore people living around national parks and sanctuaries are working as partners in environment conservation”.

“India has consistently practiced one of the most repressive regimes in wildlife conservation in the world. Almost all its national parks and sanctuaries have been established in classic fortress conservation model, ignoring the concerns and rights of the local communities,” the joint statement said.

It also spoke on the lack of enforcement of the Scheduled Tribes and Other Traditional Forest Dwellers (Recognition of Forest Rights) Act, 2006 (FRA). “There are few protected areas where claims filed under the FRA, particularly the Community Forest Rights (CFR) have been recognised. Even where recognised, exercising these rights has been extremely difficult,” the statement said, based on a preliminary study being by forest rights activists—Community Forest Rights-Learning and Advocacy.

Quoting a recent example of systemic forest rights denial, the civil society organisations also pointed to a letter by the National Tiger Conservation Authority’s (NTCA) issued on March 28, which limits forest rights in tiger reserves. “In protected areas where the recognition of rights process had finally begun, has come to a grinding halt. Despite much opposition, the NTCA letter issued in blatant violation of FRA, has not been withdrawn thus hindering recognition of rights in tiger reserves and other protected areas,” they said.

The organisations criticised the National Wildlife Action Plan (NWAP) 2017-31 released in the Global Wildlife Programme. “NWAP continues to propagate forest department controlled programmes such as eco-development and Joint Forest Management (JFM) for seeking community support in protected areas. Unlike FRA, eco-development and JFM do not address the issues of resource use, management and conservation rights of the local communities,” the statement said.