Crime against children sees 11 per cent increase in one year 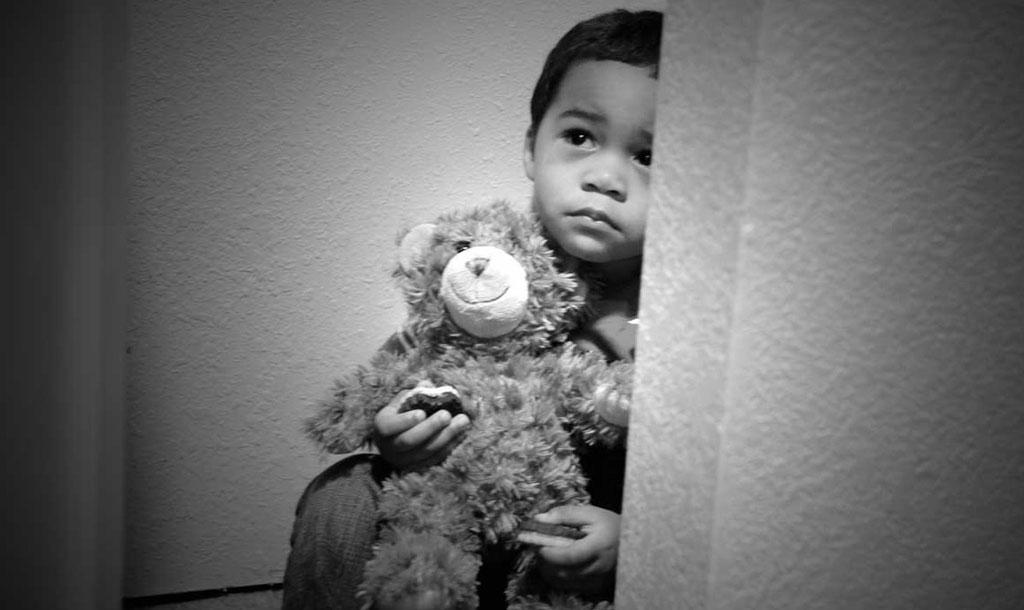 More than 50 per cent of crimes against children have been recorded in just five states. Credit: Joint Base Elmendorf-Richardson

This however does not come as a surprise, as a cumulative analysis done by CRY – Child rights and You shows a steady upward trend with a significant increase of more than 500 per cent over a period of the past one decade (106,958 in 2016 over 18,967 in 2006). Further retrospective comparison within the mentioned timeframe points at a sharper rate of increase in the quadrennium 2012 to 2016 than that recorded in the  lustrum 2006 to 2011.

Komal Ganotra, Director Policy & Advocacy at CRY said, “While this steep rise in numbers might have been the result of increased awareness among the people at large and the law enforcing agencies in recording crimes, it also indicates that children have become increasingly exposed to the risk of becoming victims in recent years.”

Looking at the concentration of reported incidents across the states, more than 50 per cent of crimes against children have been recorded in just five states, namely Uttar Pradesh, Maharashtra, Madhya Pradesh, Delhi UT and West Bengal. While Uttar Pradesh tops the list with 15 per cent of recorded crimes against children, Maharashtra and Madhya Pradesh closely follow with 14 per cent and 13 per cent respectively.

Going by the nature of crimes and categories those were booked under, kidnapping and abduction clearly top the lists with almost half of the total crimes (48.9 per cent, number of crimes 52,253), as recorded in 2016. The next biggest category of crime against children in terms of number of booking is rape, amounting to more than 18 per cent of all crimes against children, while all crimes under POCSO Act constitute around 33 per cent of total crimes. Crimes under POCSO Act include primarily rape, sexual assault against children, sexual harassment and child pornography amongst others.

Further analysis suggests that Uttar Pradesh recorded maximum number of crimes under the categories of ‘Kidnapping & Abduction’ and ‘POCSO Act’; in both these categories Maharashtra and Madhya Pradesh stand in the second and third slot respectively. 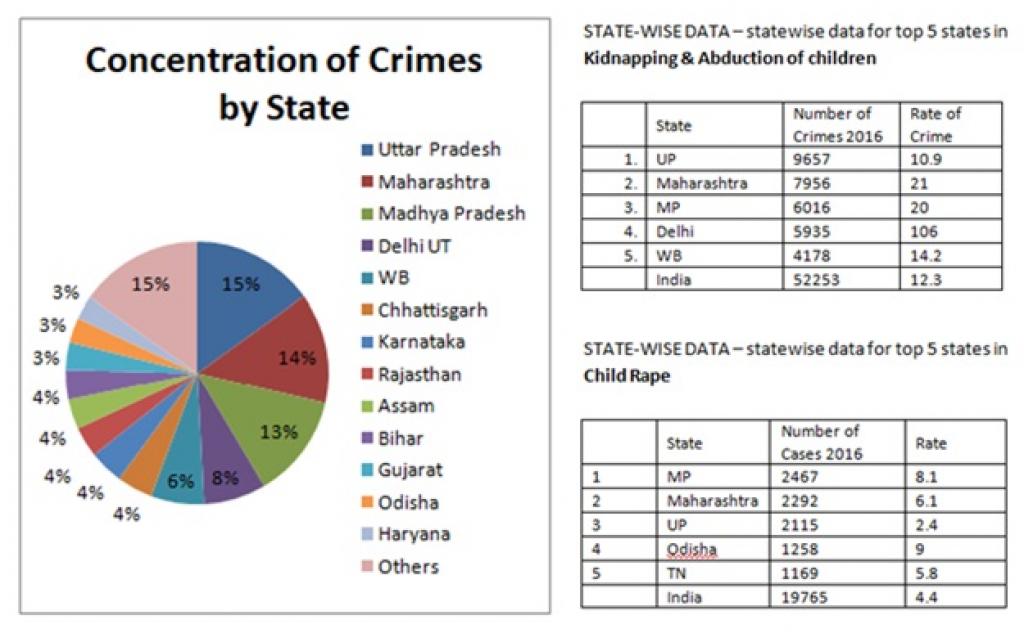 A new chapter on ‘Missing Persons and Children’ which has been included in this year’s NCRB release in compliance with the Supreme Court directives, shows that a total of 111,569 children (41,175 boys and 70,394 girls) were reported to have been missing. The maximum cases were reported from West Bengal (15.1 per cent) during 2016. A total of 55,944 children were traced at the end of the year (including previous year) in the country.

Komal Ganotra, Director, Policy & Advocacy at CRY said, “Going by the current trend reflected in the Government data, Uttar Pradesh, Maharashtra and Madhya Pradesh along with some other states continue to show worrying trends in the magnitude of crime against children. Also, this is a grim reminder of the fact that we, as a country, do not have proper prevention mechanisms in place to address the issue of child protection, nor are we keen on building more empathetic understanding and intervention plans adequately backed up by sustained investment on child security.”

Elaborating on the way forward to tackle the increasing crime rate against children, Komal added, “Child protection in our country cannot be ensured with just having legislations and numerous guidelines. We as a country need to commit in cultivating a culture of zero tolerance for violence against children. We should be vigilant and cognizant of the fact that children are at risk with gaps in infrastructure, processes and systems as well as people. It is non-negotiable for the state and other duty bearers to equip themselves in recognising these risks and put robust systems and processes to assess and eliminate the same.”

This press release was issued by CRY–Child Rights and You (formerly known as Child Relief and You), an Indian NGO that believes in every child’s right to a childhood–to live, to learn, grow and play.