Indian government to introduce a Bill to unlock CAMPA funds

States had been demanding the release of more funds from CAMPA 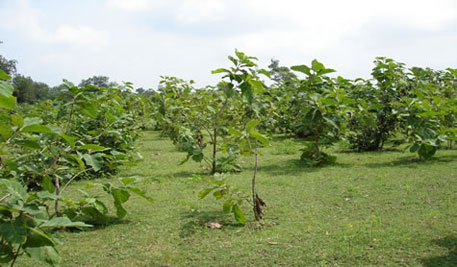 The Union Cabinet, chaired by Prime Minister Narendra Modi, cleared a Bill on April 29 to unlock the compensatory forestation fund of Rs 38,000 crore, the use of which is currently being supervised by the Supreme Court. The Compensatory Afforestation Fund (CAF) Bill, 2015, will be introduced in Parliament during the current session.

The proposed law seeks to provide an institutional mechanism, both at the Centre and in the states, to ensure “expeditious utilisation” of the amounts realised from diversion of forest land to non-forest purposes. As per law, the promoter of a project coming up on forest land needs to deposit an amount with the government for afforestation of non-forest land equal to the land diverted or of degraded forest land twice the area of land diverted. Besides, the project proponent also deposits a net present value of the forest in lieu of the non-tangible benefits lost with the loss of forests. Such amounts are currently kept in nationalised banks and are being managed by an ad-hoc Compensatory Afforestation Management and Planning Authority (CAMPA).

According to Supreme Court orders, only 10 per cent of the amount accrued with CAMPA is being released to the states for the fear of it being misused. States had been demanding the release of more funds from CAMPA. To address this demand, the government has come up with the new Bill. “These amounts would be brought within broader focus of both Parliament and State Legislatures and in greater public view, by transferring them to non-lapsable interest-bearing funds, to be created under public accounts of the Union of India and each state,” says a Cabinet press release.

The Bill intends to establish a National Compensatory Afforestation Fund (CAF) and state-level CAF to credit amounts collected by state governments in lieu of forest land diverted for non-forest purposes. CAF authorities will be created at the Centre and state level to control and manage these funds. As per the Bill, a monitoring group will also be established to assist the national authority in evaluation of activities undertaken from amounts released from the national CAF and state CAFs.