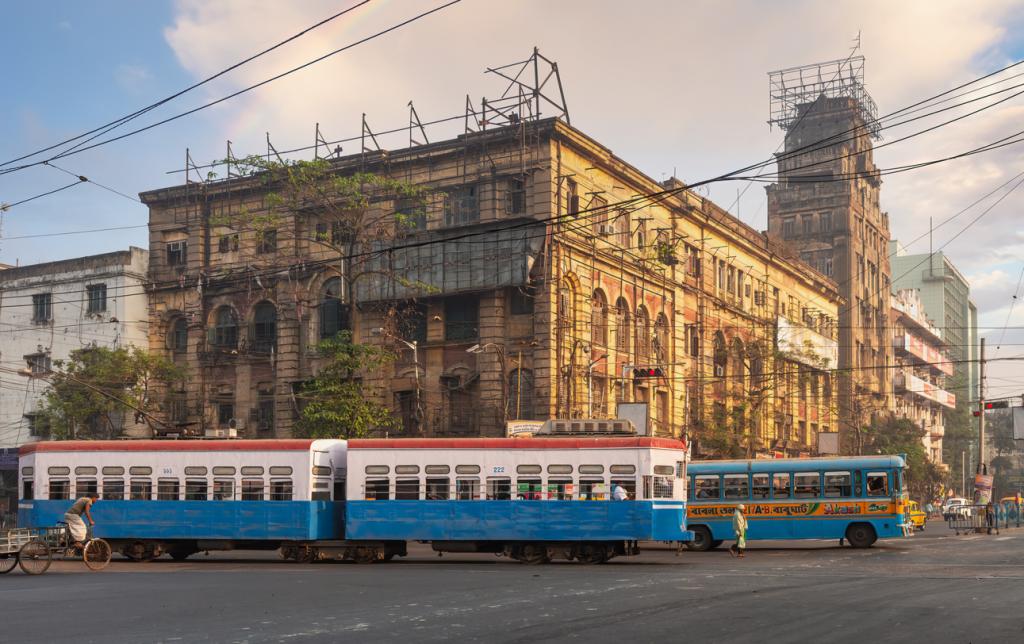 Kolkata in West Bengal has something to cheer about: Its much-criticised public transport system got an elaborate mention in the third instalment of the sixth assessment report by the Intergovernmental Panel for Climate Change (IPCC).

The most significant report on the global climate crisis referred to the city’s public transport network as an “illustrative case study” to showcase integrated climate action.

Actions on public transport modes have “contributed positively in bringing down the trend of greenhouse gas emissions per unit of gross domestic product to half in one decade” within the Kolkata Metropolitan Area, the report stated. There is “potential for further reduction”, the report added.

“The megacity of Kolkata in India provides a useful case study: As many as 12 different modes of public transportation — each with its own system structure, actors and meanings — co-exist and offer means of mobility to its 14 million citizens,” read Chapter 5 of the report based on several international publications.

“Most of the public transport modes are shared mobility options,” the report added. It underlined how the formalisation of semi-formal modes has led to climatic advantages. Liquefied petroleum gas-run autorickshaws, which provide exclusive rides in other cities of India, are allowed to run as shared transport in Kolkataby the Bengal government, the authors observed.

The Kolkata case study topped the list of nine case studies, including those of cities from Indonesia, Brazil, Ghana, China, European Union, Germany, Finland and Uganda.

The Kolkata Metropolitan Area is called ‘greater Kolkata’, with about 14 million people, with the Kolkata Corporation area being the core.

Environmentalists and experts pointed out that part of the achievement is “by default” and  that the city has a lot of scope to improve further to reduce its carbon footprint.

Green experts and activists, while acknowledging the city’s recognition, have reminded that the quantity and quality of the public transport has nosedived sharply in the recent past. The situation could have been far better if the government would not have dilly-dallied in bringing environment friendly compressed natural gas (CNG) or ignored trams and waterways, they claimed.

While trams are the cornerstone of public transport in almost all major cities of the world, in Kolkata there has been a systematic effort to discontinue trams. Similarly, the waterways have been hardly utilised.

“It’s an achievement more by default as low income pushes more people to use public transport in Kolkata”, claimed environmental activist Subhas Datta. The government has been sitting on a key issue of bringing CNG in the city, which can further reduce city pollution and carbon emissions.

Kolkata, along with Mumbai, had the largest share (around 80 per cent) of public transport trips among the major cities of the country, said Anumita Roy Choudhury, a public transport expert from the Centre for Science and Environment, a Delhi-based non-profit.

Availability of diverse public transport options in the city allows a large proportion of people to use public transport, she added. “This recognition should act as a positive inducement to reform further and the government should put more focus on promoting trams and waterways, better transport integration, metros and electrical buses.”

The city already has the blueprint ready and actually can become the face of Net Zero transition if the government starts emphasising on all relevant sectors, the expert noted.

Air pollution and climatic change are key agendas; we need to do a lot more, said West Bengal’s transport minister and mayor of Kolkata. “We are trying to bring more electrical vehicles in the city so that the pollution remains in check, but supply is an issue.”