Panchayat members in Bihar to get protection from frivolous court cases 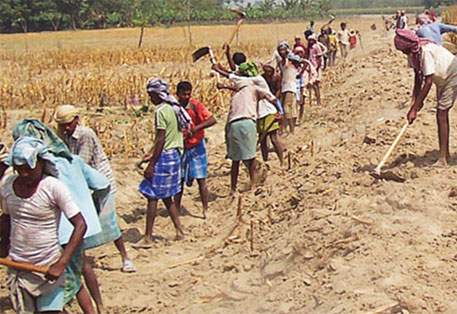 Bihar government has decided to provide a legal protection to members of panchayati raj institutions (PRI) in the state. This would mean district administrative officials will have to take permission from the panchayati raj minister before filing a legal case against a PRI member.

Senior officials of the state panchayati raj department claimed that the decision to provide a legal protection to PRI members has been taken to ensure smooth functioning of panchayati raj system in the state. “It has been observed that junior ranking officers like block development officers often lodge cases against mukhiyas or PRI members on minor issues,” said Deepak Anand, director of state panchayati raj department. He added that a plethora of legal cases has hampered implementation of schemes at panchayat level.

Bihar State Mukhiya Association was pressing for legal protection for the last three years. PRI members, in a petition to the state government, had argued that under the Bihar Panchayati Raj Ordinance of 2006, members of PRI come under the category of public servants. They had argued that members should be given the similar legal cover given to the government officials.

State government, keeping in view the large-scale corruption and leakage of development funds at the panchayat level, was reluctant to recognise their legal rights.

State panchayati raj department has prepared a guideline on the circumstances under which legal proceedings can be initiated against a PRI member. The seven point guideline specifies that criminal acts, financial irregularities and deliberate flouting of government orders will be major factors for taking legal action against the PRI members.

The guideline also specifies that legal proceeding and FIRs against PRI members would be taken by an officer of the rank of sub division officer (SDO). The state government has also decided that in case a complaint against a PRI member is strong and true then action should be initiated within 90 days.

Priyadarshini Shahi, president of Mukhiya Association claimed that the government decision will ensure speedy implementation of development schemes in villages. He pointed out that sanction and implementation of government scheme is done jointly by panchayat members with support of district administration officials. “But in some cases administrative officials are wary and sceptical of involvement of PRI members in development schemes,” he said. He added that this animosity has led to series of legal cases against mukhiyas in the state that hampers progress of schemes.

Will this lead to increased corruption?

Bihar is witnessing massive plundering of resources in the name of development schemes in the state. Former DGP of the state, Abhayanand, had cracked down on over a dozen mukhiyas who had become millionaires by siphoning off money meant for development schemes. Around 800 mukhiyas are already facing the ire of Patna High Court in the solar light scam.

Satya Prakash, a RTI activist who unearthed the solar light scam, said that such a legal protection can lead to more corruption in the state.

Recently, state government had given laptops, smartphones and a personal assistant to each mukhiya in the state.

Roadmap for the Panchayati Raj (2011-16): an all India perspective