People of no land 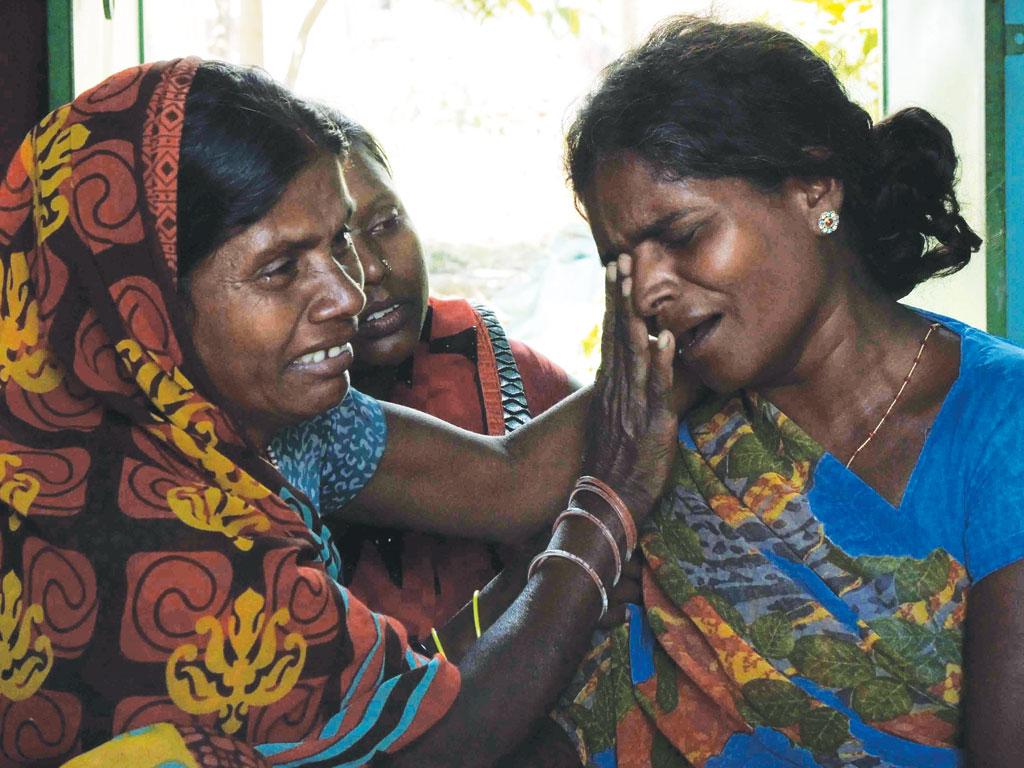 The Jharkhand government has achieved what even the British rule could not—complete alienation of the tribal population from their land. Amendments to the Chota Nagpur Tenancy Act (CNT Act) of 1908 and the Santhal Pargana Tenancy Act (SPT Act) of 1949, passed on November 23 by the Jharkhand Legislature, allow use of tribal land for non-agricultural purposes by the government. Earlier, the government could take over land only for public welfare activities.

In May this year, the government issued the Chota Nagpur Tenancy Act 1908 (Amendment) Ordinance and the Santhal Pargana Tenancy Act 1949 (Amendment) Ordinance, which led to widespread protests. There were three incidents of police firing in Ramgarh, Hazaribagh and Khunti districts in August and October, in which eight people were killed and over 20 injured. The Amendments regularise the Ordinances and are waiting President’s assent to become a law.

“We don’t know where we will go,” says a visibly worried Gangia Devi, 65, sitting in the courtyard of her house in Baseria village of Hazaribagh. Flanked by mountains on three sides, the village does not have an accessible road. Her village is one of more than 20 villages that have to make way for a 1,980 MW North Karanpura Super Thermal Power Project being set up by the National Power Thermal Corporation (NTPC) at a cost of Rs 15,000 crore.

Gangia Devi belongs to one of the 10 families of the Oraon tribe who live in the village. In the past 55 years, these families have been relocated twice for “developmental” reasons. Both the times the families were not rehabilitated by the state and had to find a new home on their own. 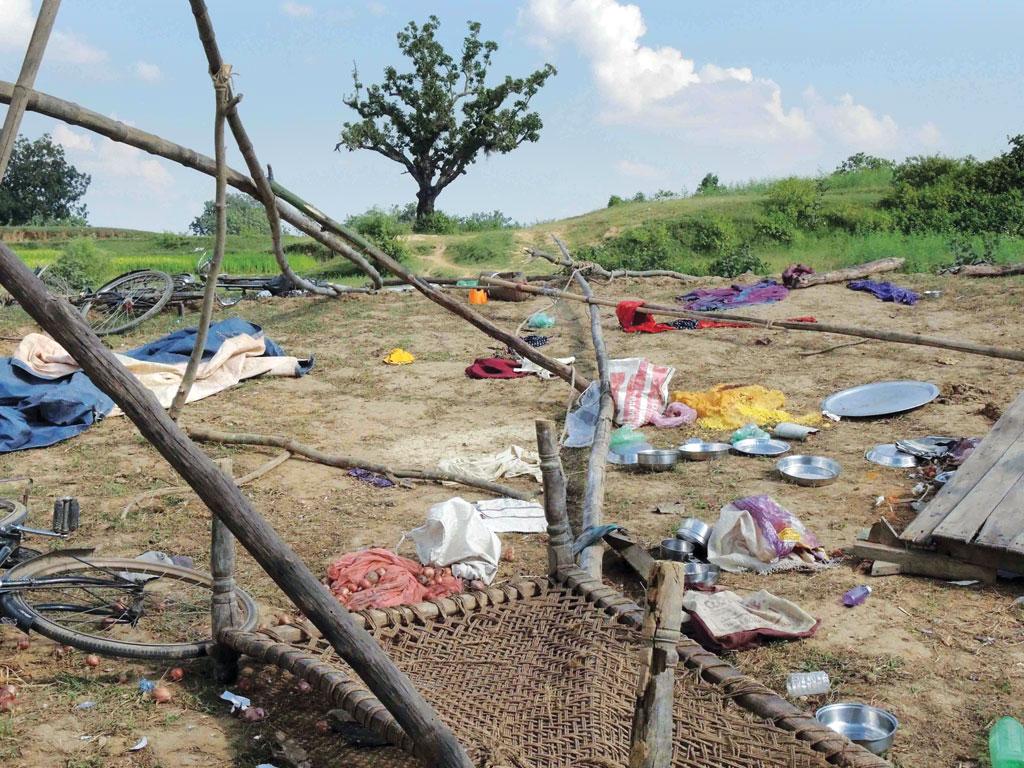 “In 1959, we were displaced from Ranchi after our land was given to the Heavy Engineering Corporation. We shifted to Patratu, 40 km west of Ranchi,” says Dinesh Minj, a resident of Baseria. “The second time we had to move was in the 1970s for the construction of Patratu dam and we moved to this village. But only 10 families shifted to this village; the rest moved to different areas in surrounding districts and have been separated for good,” he adds.

Minj says he now understands why the government has not been issuing residential and income certificates to them since 2008. “We have already been made homeless in official records,” he says.

The preparation to evict them started after 2004 when the Union government allocated NTPC captive coal blocks for the power plant. But instead of resolving their problems, on November 2, Jharkhand Chief Minister Raghubar Das asked his party members to convince the people that the Amendments are for their own good. Now the President of India has to give accent to these Amendments before they get implemented because Jharkhand comes under the Fifth Schedule of the Constitution which provides for the administration and control of Scheduled Areas and Scheduled Tribes.

Under the SPT Act, no transfer of urban or rural land is allowed. It can only be inherited. The CNT Act is a little more lenient and allows transfer of land within the same caste and geographical limits, but with the approval of the district collector. But the Amendments allow the use of agriculture land owned by schedule tribes, schedule castes and other backward castes for industrial and commercial purposes. The addition of Section 21 (B) in the CNT Act and Section 13(A) in the SPT Act by the Amendments allow the state government to frame rules from “time to time” for non-agriculture use of the land in the given geographical areas. Experts say the changes allow easy transfer of land through the backdoor. “The use of ‘time to time’ wording clearly shows malafide intention of the state government. For instance, two years from now the government might decide that a hotel is needed for the development of an area, and sell land to a private developer,” says Stan Swamy, a Ranchi-based social activist who works for tribal rights.

In the name of investment

These changes, the state government says, will improve the investment climate in the state. Jharkhand is organising Global Investor Summit Jharkhand 2017 in February. The chief minister himself has been doing road shows in Mumbai, Bengaluru, Hyderabad, Kolkata and Delhi since September and has boasted of having a “land bank “of 334, 207 hectare (ha) in 10 districts of the state. This is almost 5 per cent of total area of the state and more than twice the area of Delhi. The land pieces include government land and forest land in cities including Adityapur, Bokaro and Ranchi, and the Santhal Pargana Industrial Area.

“These belong to the government and were listed on the website of the land revenue department in April this year for industrial use,” says Rajeev Ranjan, Director, Department of Revenue and Land Reform, Jharkhand. Top officials of the state government have contacted 45 foreign embassies and even made trips to many western countries to invite investments. As per the government’s estimates, the target is to attract investments of around Rs 2 lakh crore by the summit.

Moreover, addressing industrial tycoons during road shows in Mumbai in September, the chief minister claimed that the state has acquired an additional 71,000 ha after the amendment of the CNT and SPT Acts, says Swamy.

Swamy, who has studied land records of several districts of the state, says, “In Khunti district, for instance, records show that practically all the land, except the family-patta land, has been marked as gairmajurwa (“land without a labourer” or government land). But there can never be a gairmajurwa land in villages of Khunti district because all the villages are designated as Mundari Khuntkatti in government records. These are the villages that have been inhabited by people of the Munda tribe for ages. They either belong to individual families or the village community.”

“Last year the state government started a scheme to make developmental plans at the village level and panchayat levels and engaged with people. This allowed the government to survey the area at micro level,” says Faisal Anurag, a Ranchibased journalist, writer and activist. But people involved in the process now realise that all this was being done to find out the details of community land, rivers and forests.

“We were so excited about being part of the planning process and helped in filling up the survey documents,” says Sameer Tapon, a tribal youth from Khunti, who is on the run after police booked him for protesting against dilution of the CNT and SPT Acts. Another tribal activist, Tarkan Munda of Kurapurti village in Khunti, says that they have given up their land for construction of hospitals and roads but still the government says they are hindering development. “How did the government make all the four-lane roads, hospitals and schools if we did not give our land?” he asks.

Swamy estimates that around 20 per cent of the area that now constitutes Jharkhand has been diverted for development of mines and dams since Independence. “Around 1.6 million ha of the state’s total area of 8 million ha has been diverted since Independence. It has caused displacement of around 4 million people,” he says. The first chief minister of Jharkhand, Babulal Marandi says that there is a need to rethink the acquisition method. “Methods used for acquisition and compensation earlier can’t be applied now. No one wants to give land. We have to think of a different approach,” Marandi says.

Eighty-eight-year-old Johan Nag of Bichaguttu village in Khunti district says that his grandfather, who fought along with Birsa Munda, a tribal leader belonging to the Munda tribe, against the repressive British agrarian policies, told him that Birsa foresaw this scenario. “Never be complacent about your rights. This battle would have to be fought again and again,” Nag quotes Birsa Munda in the words of his grandfather.

The prophecy, it seems, has come true.