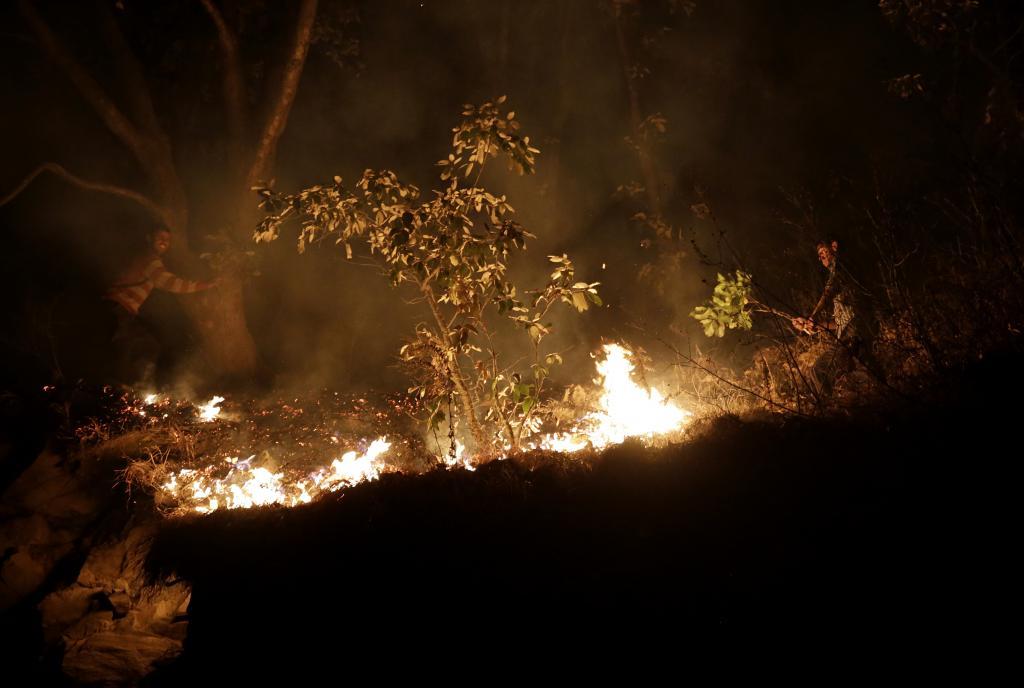 The arrests were made at a time when Similipal forest, around 500 kilometres north of Kandhamal, has been engulfed in wildfires for almost 20 days.

The accused persons have been identified as Sudam Pradhan (58) of Kanada and Kalia Nayak (55) of Chikiriguda village under Raikia police station. While Pradhan was setting fire to the jungle to hunt the wildlife animals, Nayak’s intention was to smuggle timber from the reserve forest areas, said divisional forest officer of Phulbani, Laxmi Narayan Behera.

At least five logs, hand-saws, ropes, axes and some other materials were seized from Nayak, the DFO said.

The forest staff detected the duo in separate parts of the reserve forest while patrolling the jungle areas. They were caught red-handed setting fire to the jungle, he said.

With these two persons, forest officials have arrested at least 16 persons in Odisha since March 5 for the same crime. Four miscreants were arrested in Kandhamal, four more in Keonjhar, three in Dhenkanal, three in Mayurbhanj and two in Ganjam, sources said.

Most of them were starting forest fires to kill wild animals, particularly herbivores, said a forest officer.

“Poachers have been hunting wild animals and setting jungles on fire due to a lack of patrolling,” said Biswajit Mohanty, secretary, Odisha Wildlife Society, a non-profit organisation.

Involvement of the poachers in setting the woods of fire came to light when forest personnel arrested a person from Padadiha range in Mayurbhanj district with an axe, a country-made gun and around 7 kilogram porcupine meat on March 11, 2021.

Similarly, on March 9 they had arrested a pocaher in Kadakuda village in Mayurbhanj district with 22 traps. The accused was setting the forest on fire to poach rabbits, sources said.

Meanwhile, AK Dalai, district forest officer of Sambalpur Sanjeet Kumar and Ghumusar North, warned of stringent legal action against those found setting forests on fire. They also announced a provision of cash award of Rs 5,000 for anyone who gives information about people setting forest areas on fire.

Setting forest on fire is a punishable offence under the Odisha Forest Act and anyone found guilty of the crime may be punished with a jail term of three to seven years, sources said.