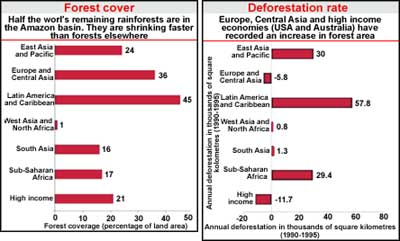 It is estimated that around 8,000 years ago, more than six billion hectares (around 40 per cent) of the Earth's surface was covered by forests. Today, the figure has plummeted to a mere 3.6 billion hectares. Every year, at least 14 million hectares are lost. Among the hundreds of species that go extinct every year, an overwhelming majority are found here. Unless governments enforce strict measures to control logging activities and control forest fires that are set to clear land, the Earth's canopy will continue to shrink.