In the larger scheme of things, where global capital and politics come into the picture, tribal women’s voices are missing 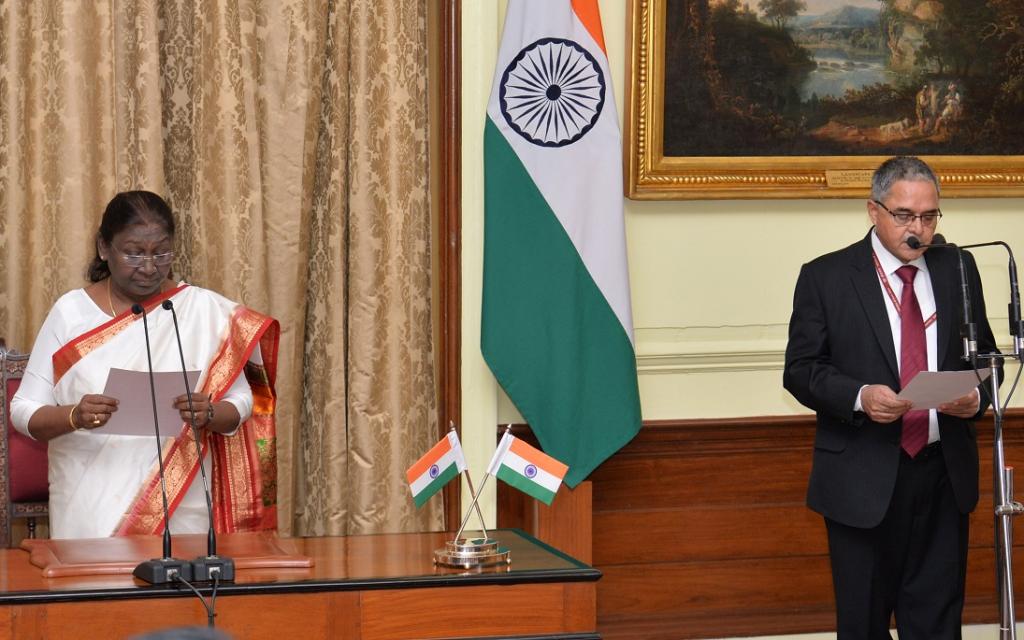 Bhim Rao Ambedkar would not have thought while writing the constitutional safeguards for Scheduled Tribes (ST) and Scheduled Castes (SC) that India would take 75 years to get its first tribal president.

Why then did this happen? Do tribal people lack interest in politics? Do tribal women activists lack political orientation to join Indian politics?

Perhaps the answer lies in the nature of the Indian political system which relies hugely on vote banks. Tribal communities are used as conduits to power rather than the system empowering them.

If one looks at the share of SCs / STs in Indian politics before 1990 and after 1990, very few tribals have been able to reach positions of power.

Adivasis and Dalits have been at the bottom of the Indian social pyramid since millennia. They have been victims of social discrimination, social exclusion and economic exploitation.

The Indian government introduced tribal policy and educational programmes for Adivasis. But this has not addressed their socio-economic status sufficiently.

Political parties have kept on giving opportunities to higher caste people for years together to be political representatives. Moreover, the Constitution of India doesn’t force Indian political parties and governments to have tribal leaders.

The status of tribal women has been slow to change in the last 75 years since the independence of India. However, we find tribal women making a positive difference to their communities today.

The larger debate still revolves around whether tribal women lack political enthusiasm. The reason could be the power struggle in public affairs.

Before the 1980s, it was assumed that all women shared a common subjugation and the reasons for their oppression were open to explanation. However, multiculturalism and identity politics overcame this consensus and set the debate about differences in motion.

A full range of social and cultural institutions reproduce gender hierarchies and gender-based inequalities, including legal inequality and access to education and health.

It was evident that in many tribal communities, men had dominant public roles in social and religious affairs. They continue to be heads of families and breadwinners.

Today, we see tribal women have access to the outside world. Their increasing mobility through various income generation activities such as self-help groups have changed their worldview and opened up new avenues for them.

Although they have made themselves heard and visible politically, their actions have not been seriously addressed by the state. At the local level, the state administration has been sympathetic to their stands and also promised support and cooperation.

Such a strategy is perceived as a liberating force — a politics of recognition, which can make resistances heard. One such case is of Madam President Droupadi Murmu, who hails from the tribal-dominated state of Odisha.

Odisha has had many eminent tribal women leaders such as Mukta and Sumoni Jhodia. These leaders could not reach mainstream Indian politics despite social efforts. The reason could be the gendering of political seats.

Sumoni Jhodia, who was the unofficial advisor on tribal development from 1993-95 to the erstwhile chief minister, Biju Patnaik, could not get an election ticket.

Another example is the Padma Shri awardee, Tulasi Munda, who could not get a ticket to the Rajya Sabha in 2006. Strangely, she was not allowed by the Adivasi Mahasabha, which comprises of several other tribal organisations.

It was a surprising case of tribals pitting themselves against other tribals. But it reinforced the fact that there is deeply entrenched gender inequality in Indian politics, when it comes to political power-sharing.

The fact that the Women’s Reservation Bill has remained on a dividing line since 1997, has not helped many women, especially in the tribal regions.

Historically, political parties have never fielded more than an insignificant number of women from these seats. But when women candidates have been given a chance, they have won.

Take the case of Saraswati Hembrum, a tribal personality from Mayurbhanj district. She started as a sarpanch (village council head) and went on to win three terms in the state Assembly from 1980 to 2000.

She was also the first tribal woman to be given ministerial charge. Frida Topno, who was a gazetted state government officer, won the Lok Sabha (LS) seat in 1991 and again in 1996 from Sundargarh district.

Sushila Tiriya, from Mayurbhanj, went to the Rajya Sabha twice (in 1994 and 2006) from Mayurbhanj and once to the LS. Interestingly, Frida and Sushila held graduate degrees and were deeply committed to social work.

Two other high-profile tribal women, Droupadi Murmu and Hema Gamang, were successful in contesting elections from Odisha to the LS (in 2009) and the Assembly.

Murmu, a Santhal woman, holds a graduate degree and is a two-time Member of Legislative Assembly from the Mayurbhanj district.

In 2004, Hema fought a furious and very public battle with her husband to retain her Koraput LS seat. Her husband Giridhar Gamang, the ex-chief minister of Odisha, wanted it back. She had to give up the Gunupur constituency because of family members contesting at the same time.

What does it take for a woman from a tribal community to get a foothold in national politics? Take the case of Murmu, who does not come from a political background.

She had won as a legislator for eight years. After heading two ministries, she had no house to her name, according to her nomination affidavit. She only had a modest bank balance and some land.

She could not get the Lok Sabha ticket in 2004. The reason was that the selection committee doubted whether a woman would be able to fight Jharkhand Mukti Morcha’s strongman, Sudam Marandi.

So her male colleague, Bhagirathi Majhi, was fielded instead. Sahadeva Sahu, a former chief secretary in the state government and convener of Orissa Election Watch (OEW), a civil rights organisation, agrees that tribal women don’t stand a chance in national politics when it comes to getting tickets. “They cannot even speak up for themselves,” he says.

Tapasi Praharaj, a Bhubaneswar-based activist from the left-leaning All India Democratic Women’s Association (AIDWA), stated in a newspaper article published in 2009 that “Women participate more in the election process in every way. But they are given a raw deal at the time of ticket selection.”

She also commented that if the status of women in these neglected tribal communities was to change for the better, political parties across the board in tribal-dominated states and regions like Odisha, Andhra Pradesh, the North East, Jharkhand or Madhya Pradesh would have to do a serious re-think on their ticket distribution strategies for national Indian politics.

Madhulika Sahoo is an anthropologist. She is currently working as an Assistant Professor at the Department of Anthropology, Kalahandi University

Parmit Singh is a scientist at the Department of Cancer Immunology and Virology at the Dana-Farber Cancer Institute. He is also a Research Fellow in Medicine at Harvard Medical School. He takes an interest in tribal rights and development issues in India