Government must respond to the public health crisis: CSE 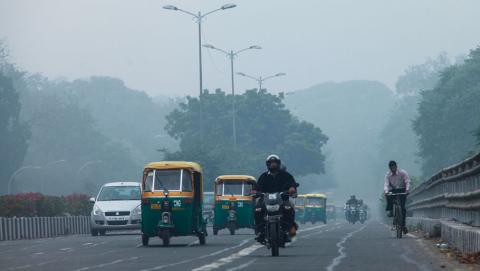 Delhi-based non-profit Centre for Science and Environment (CSE) has demanded strong action from the government to protect public health after WHO released its latest urban air quality database  which shows that India is among the group of countries with highest particulate matter (PM) levels. India's cities have the highest levels of PM10 and PM2.5 (particles with diameter of 10 microns and 2.5 microns) when compared to other cities.

Sunita Narain, director general of CSE said, “this database confirms our worst fears about how hazardous air pollution is in our region.”

Narain pointed out that 18 million years of healthy lives are lost due to illness burden that enhances the economic cost of pollution. Half of these deaths have been caused by ischemic heart disease triggered by exposure to air pollution and the rest due to stroke, chronic obstructive pulmonary disease, lower respiratory track infection and lung cancer.

Even now, India is awaiting a significant decision on the emissions standards roadmap for vehicles and fuel quality from the Auto Fuel Policy Committee under the chairmanship of Saumitra Chaudhury, member, Planning Commission. This is expected to be announced soon, before the UPA II government is dissolved.

The committee must respond effectively to the mounting evidences on worsening air quality and health damages associated with vehicular fumes, said Roychowdhury. It will be criminal if the committee buckles under pressure from the automobile industry and dismisses health evidences of air pollution as “insufficient and inconclusive” and downplays the role of vehicles. The ministry of petroleum and natural gas has set up a committee on auto-fuel policy to suggest roadmap until 2025.

Said Roychowdhury: “It is shocking that the terms of reference of the committee does not even include the mandate of meeting air quality standards and ensure stringent public health protection from toxic vehicular fume to introduce of cleaner standards quickly.  It is disturbing that when the country is motorising very rapidly, the automobile industry has not been given any roadmap to catch up with the clean emissions standards by 2020.”

Auto Fuel Policy Committee must deliver on the following:

“Indian cities cannot afford to fall behind when its pollution levels are rising rapidly and reaching unbearable heights. Indian cities in grip of serious air pollution crisis need to gather momentum and implement hard measures to meet clean air standards,” said Narain. Following are some of the measures suggested by CSE: