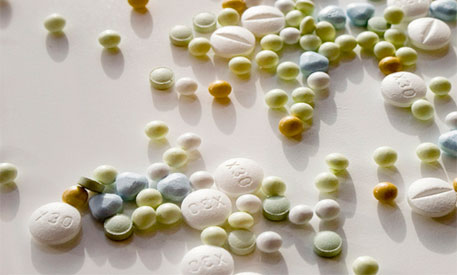 A latest government report shows that India suffers from poor monitoring quality when it comes to drug inspection due to the lack of adequate staff.

The Central Drugs Standard Control Organization (CDSCO), which regulates the import of medicines in the country and gives approval to new drugs and clinical trials, has only 340 sanctioned posts.

This is compared to the 13,000 sanctioned posts comprising technical as well as administrative staff of the US Food and Drug Administration (USFDA). The CDSCO also conducts meetings of the Drugs Consultative Committee (DCC) and the Drugs Technical Advisory Board (DTAB).

The irony is that of these 340 posts, only a few have been filled up so far, reveals a task force report released on Monday. It was set up to give suggestions on the future growth of the Indian pharmaceutical industry. The task force was constituted by the Ministry of Chemicals and Fertilizers, Government of India, in 2014.

The number of foot soldiers is very few, according to the report. India needs at least 3,200 drug inspectors, but has only 1,349 sanctioned posts at present. Of this, 500 posts are lying vacant.

The report says that drug inspectors should be recruited for effective monitoring of various drug manufacturing units and distribution outlets. There should be one drug inspector each to look after 50 such units and monitor distribution outlets. There are approximately 600,000 drug retail sales outlets and around 10,500 drug manufacturing units across the country.

As far as transparency in clinical trials is concerned, the task force has recommended the digitalisation of clinical trials. The report says trials, licensing and quality control need to be computerised and made available online to expedite the process.

Besides, the ministry also favours the creation of a single window medicine monitoring IT system to link the headquarters, respective state offices and government hospitals for smooth communication.

The task force report also gives suggestions on effective price control. It says that there is a need to review the implementation of Drug Price Control Order (DPCO), 2013 to resolve the problems of implementation. This is a notification-cum-order which empowers the National Pharmaceutical Pricing Authority (NPPA) to regulate the prices of essential drugs. The DPCO suggests that the government should implement price control mechanisms through a consultative approach.

The report has been prepared after consulting private players and the issue of accessibility of drugs to the masses has been largely overlooked, the ministry says. Industries have challenged all efforts to minimise the prices of essential medicines.

The civil society has also raised the issue, claiming that the existing mechanism does not make essential drugs accessible to the poor and that drug manufacturing companies are still making huge profits on their products.

While releasing the report, Union Minister of Chemicals and Fertilizers Ananth Kumar said that the government wanted to encourage a robust pharmaceutical industry in the country that is standardised, innovative and competitive.

Secretary of the Department of Pharmaceuticals V K Subburaj said exports by Indian pharmaceutical companies was a successful venture. However, regulations in this sector, are weak and it is affecting further growth, he added.