Prices of cardiac, diabetes, HIV/AIDS drugs likely to be affected 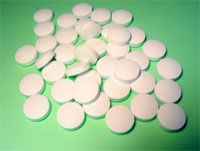 In a statement  issued late on Monday, the National Pharmaceutical Pricing Authority (NPPA) informed that the government has withdrawn directions that allowed the body to fix caps on prices of non-essential medicines.

“The plain reading of the order is that a guideline under DPCO 2013 has been withdrawn with immediate effect i.e. from September 22,” an NPPA official told Press Trust of India.

On May 29, 2014, NPPA had invoked the Drug Prices Control Order (DCPO), 2013, to monitor prices of 108 non-essential medicines used in the treatment of cancer, tuberculosis, HIV, diabetes, cardiovascular and other diseases. Paragraph 19 of the DCPO authorises NPPA to control the prices of non-essential medicines ‘under certain circumstances’. Civil society groups had been advocating for these life-saving drugs to be brought under the ambit of price control, to check intra-brand price difference and curb overpricing.

The pharma industry had voiced their protests against this move by the NPPA and approached the courts for a revision in the order. NPPA already controls the prices of 348 medicines in the National List of Essential Medicines (NLEM).

A news report in the Indian Express highlights the timing of the government order, seeing that it comes just days before Prime Minister Narendra Modi’s first official visit to the US. It is expected that the Obama administration will bring up issues related to India’s trade and intellectual property policies that restrict big pharma companies from extending their monopoly over life-saving drugs.