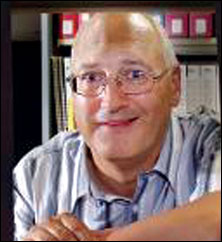 An Australian scientist pointed out the most persistent scientific howler in the English lexicon. English dictionaries say siphons—the plastic tubes used to fill or drain everything from aquariums to petrol tanks—move liquid by “force of atmospheric pressure”. But atmospheric pressure is the same at both ends of the tube.

Hughes emailed the Oxford University Press. The spokesperson Margot Charlton replied: “The oed entry for siphon dates from 1911 and was written by editors, not scientists...We are revising the entire text.”