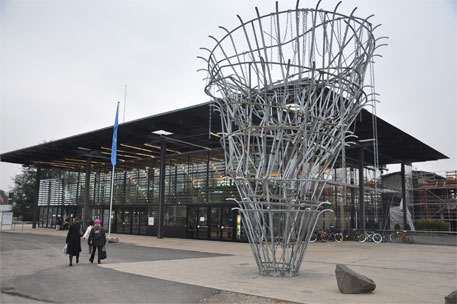 Negotiations over combating climate change resume today with representatives of 195 countries coming together in Bonn, Germany. The 11-day summit of the Ad Hoc Working Group on the Durban Platform for Enhanced Action (ADP) will see governments debate and arrive at some consensus over the final text of the global climate change agreement that is going to be signed in Paris in December.

While two shorter ADP sessions have been scheduled for later in the year, this round of negotiations at Bonn is critical as it is seen as the last opportunity for substantial negotiations to take place before Paris. A scenario note released by ADP co-chairs explicitly states that this is a “negotiating session”, indicating that the discussions are going to move from just recording statements of parties to actually debating, negotiating and arriving at compromises.

While the key outcome of the Bonn session is to come up with a more streamlined, concise and manageable negotiating text contained in the working document that emerged from the last session in Geneva, there are a number of key issues that will be hotly debated between developed and developing countries and which have the potential to throw a spanner in the works:

The timing of the Bonn session acquires special significance considering that there is a rising frequency of extreme weather events across the world. Just the last couple of months have seen unseasonal rains, followed by extreme heat wave-like conditions in India which led to thousands of deaths. Southeast Brazil and California are facing one of the worst droughts ever and there are predictions that El Nino conditions could see Australia face one of its worst droughts ever.

These events underscore the fact that the world needs to take bold, ambitious and urgent steps if it is to limit global warming to under 2°C and prevent irreversible and catastrophic impacts of climate change.

Questions and answers on the European Commission Communication: The Paris Protocol – A blueprint for tackling global climate change beyond 2020

The institutionalisation of climate policy in India: designing a development-focused, co-benefits based approach