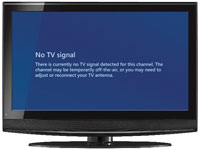 In a drastic move to meet its debt bailout obligations, Greece has shut down public broadcaster ERT, leaving nearly 2,700 people jobless. According to the government, Hellenic Broadcasting Corporation, or ERT, was a huge drain on public resources. It said the corporation will reopen “as soon as possible” with a new, smaller workforce. The move has angered many. “This is a blow to democracy,” said an ERT newsreader at the end of the main TV station’s final broadcast. ERT, which began broadcasting in 1938, was funded by a direct payment of 4.30 euros added monthly to electricity bills. It ran three domestic TV channels, four national radio stations, regional radio stations and an external service.

Athens has pledged to cut thousands of publicsector jobs as part of agreements under which it receives billions of euros in rescue loans from the EU and International Monetary Fund.