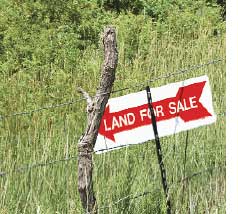 The policyspeak may not have go ne down well with the greenhouse gas-happy industry. But there was little else in the prime minister’s speech to signify a change of direction: it was replete with references to a high growth rate.

Singh was only suggesting a marriage between green technologies and the 9-10 per cent growth rate that is parroted in policy circles. It is a marriage dictated by circumstances. As India veers from its long-held position of not committing to international emission reduction commitments, Indian industry cannot continue with its old ways.

But a 9-10 per cent growth remains sacrosanct. Has anyone worked out the implications? A recent study by Centre for Science and Environment takes a close look at six sectors—power, steel, cement, aluminium, fertilizer and paper—engines of India’s future economic growth, and also the largest bulk emitters of greenhouse gases (see p24). While investigating the implication of the growth of these industries on the atmosphere, the study also looks at other resources needed. And the results are shocking.

Planners tend to take natural resources as abundant, but by 2030, these industries will be withdrawing more than 55,000 million cubic metre of freshwater, forcing a severe conflict with farmers. Currently, industries’ daily water withdrawal amounts to a billion peoples’ water requirement. In the future, there will be less—and polluted—water downstream.

More shocking news. These industries will need 1.3 million hectares of land by 2030. Land acquisition for industry has not been a smooth sail in a country with 2.4 per cent of the world’s total land area but 16 per cent of the world’s population. An indication of it is the number of appeals the Supreme Court is hearing from Karnataka, where landowners have challenged the takeover of vast chunks of urban tracts in Bengaluru by the government.

In recent years, violence and bloodletting over land acquisition has increased sharply. In parts of Chhattisgarh and Orissa, industry— with government connivance—has ridden roughshod over legal processes. Industry has coerced gram sabhas, reducing them to rubber stamps. The government does not seem to care much for democracy when facing those who oppose its idea of development projects.

Given recent declamations of Union home minister P Chidambaram, it is quite likely that by the time this edition is in readers’ hands the government would have responded in kind to the massacre of CRPF jawans in Dantewada. The home minister has already said there was something wrong in the way the “jawans were allowed to fall into the Maoist trap in Dantewada”.

In this district of Chhattisgarh, life is now held hostage to land acquisition by Essar and Tata Steel and retaliation by Maoists. Opening the mineral-rich forestland to the corporations has featured large-scale displacement of adivasi people from their lands.

It is now liberal commonspeak to say lack of development breeds Maoism (see p56) and if the adivasi people had access to education and health, there would be no Maoism. But if Dantewada—and Singur, Nandigram and several other places—are any indication, it is the frenzy for development and growth rates that is breeding Maoist politics.

An 8 per cent growth driven by green energy might raise the country’s stock at global climate negotiations. It bodes ill for Indian democracy.