Green nod to Jindal mine nixed 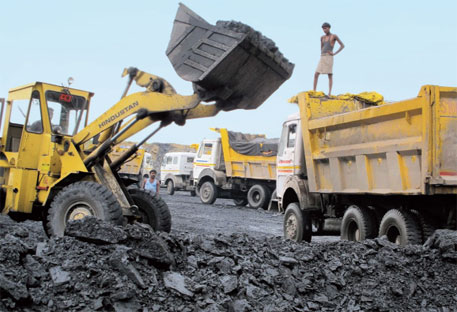 IN A major jolt to Jindal Steel and Power Limited, the National Green Tribunal (NGT), on February 20, set aside the environmental clearance granted to a coal mining project of the company in Raigarh district in Chhattisgarh. The tribunal described the public hearing conducted for the project as a “farce”. The proposed project, with an estimated production capacity of four million tonnes per annum, will cover a mine lease area of 381.42 hectares.

After viewing the mandatory video recording of the hearing conducted in 2008, the NGT bench, comprising Justice C V Ramulu and R Nagendran, said, “It was a mockery of public hearing and the procedure required to be followed.”

The Union Ministry of Environment and Forests (MoEF) had granted the clearance in May 2009. The same year, an NGO, Jan Chetna, and a people’s organisation, Adivasi Mazdoor Kisan Sangathan, filed a case before the National Environment Appellate Authority, alleging the clearance was given without conducting a proper public hearing.

The public hearing was not according to the environment impact assessment (EIA) notification of 2006, says Ramesh Agarwal of Jan Chetna. The venue for the public hearing was fixed as Khamariya village, which was not close to the project site. The EIA notification clearly states that the location for a public hearing should be the project site itself or in close proximity. Khamariya is a remote village, which ensured that the affected people were not able to participate in the hearing.

Delhi non-profit Centre for Science and Environment had carried out a technical analysis of the EIA report before the public hearing at the request of Jan Chetna. As per the analysis, one of the main concerns was the absence of a cumulative impact assessment of the project considering the presence of a number of industries in the vicinity. This was also another contention of Jan Chetna and Adivasi Mazdoor Kisan Sangathan.

In one of its meetings, EAC had directed the company to carry out the cumulative impact assessment but the matter was not discussed in the subsequent meetings. NGT noted that in view of an invalid public hearing, the question of EAC not pushing for a cumulative impact assessment does not arise. Ritwick Dutta, counsel for Jan Chetna and Adivasi Mazdoor Kisan Sangathan, says, “This is a well-deserved win after a four-year-long fight. Now CECB and the company will have to adhere to the NGT order and conduct the public hearing afresh and get the project appraised again.” Else, they can approach the Supreme Court against the order, adds Dutta. MoEF was unavailable for comments.