Even as environmentalists protest, the controversial Cogentrix thermal power plant is cleared by the Supreme Court 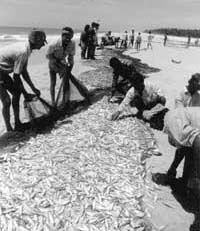 the Supreme Court (sc) has given the go-ahead to the controversial 1,000 mw Cogentrix thermal power plant in Karnataka. The sc dismissed a special leave petition by Janajagrithi Samithi, an environmental group, against a Karnataka high court (hc) judgement. A three-judge sc bench, comprising Chief Justice Madan Mohan Punchhi, Justice Saghir Ahmed and Justice B N Kirpal refused to quash the environmental clearance to the project granted by the ministry of environment and forests (mef).

Environmentalists including anti-dam activist, Medha Patkar, are opposing the project on several grounds.Citing studies by the Danish International Development Agency ( danida) and National Environmental Engineering Research Institute (neeri), Nagpur , the environmentalists say that the area is "ecologically-fragile" and have alleged that the mef has rushed through the clearance.

The Karnataka hc had dismissed the environmentalists' appeal on August 29, 1997, saying that none of their objections were sustainable to quash the mef clearance.

The joint venture project of the us -based Cogentrix Inc and China Light Power Company, Hong Kong, is located in the west coast village of Nandikur in Dakshina Kannada district. Janajagrithi Samithi has charged the Karnataka State Pollution Control Board and the mef of clearing the project without conducting a comprehensive environ-ment impact assessment in the region. They allege that the mef took the decision on the basis of a rapid environment impact assess-ment which was conducted within a period of 30-45 days and was based on secondary data. "The approval was granted without holding a public hearing and considering the objections of the affected people," the petitioner alleged.

The petition says that "the government did not consider the impact of the project on marine life and water quality". The power project was permitted without a project specific citing clearance by the Union government, they say. The mef cleared the project without considering the environmental guidelines as laid down under the Environmental Protection Act (epa) of 1986, they added.

Under the epa, industrial sites have to maintain specified distances from ecologically sensitive areas, coastal areas, flood plains and major settlements. The guideline says that power plants should be located at least 25 km from "ecologically sensitive" areas. The neeri study says that the citing of the plant was in violation of the thermal guidelines as the site is just three km to the east of the Arabian sea and the distance of the nearest plant boundary from the backwaters of Mulki estuary is around 300 metres.

Moreover, a study conducted by the Indian Institute of Science (iis), Bangalore, submitted a report in 1997 which suggested that natural vegetation and cultivation accounted for about 78 per cent of the land use. The study used remote sensing satellite imagery.

Meanwhile, the Karnataka high court has ordered a probe into the alleged "payoffs" in the sanctioning of the Cogentrix power project. The probe will be conduced by the Central Bureau of Investigation. In response, the state government has decided to move to the sc against this order. According to the state government officials, the probe order may have an adverse impact on the foreign investments in the state.