Animal diversity in the soil mapped for the first time 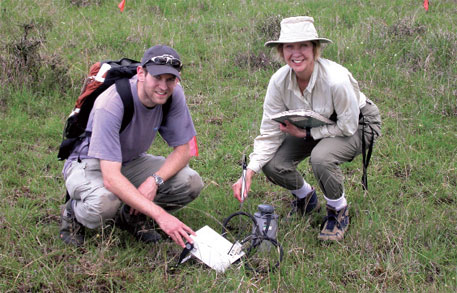 ANIMALS that live in the soil play an important role in the ecosystem but little is known about their correlation with organisms above the ground. A study of soils from 11 areas around the world shows that unlike most species above the ground, soil animals have restricted distributions.

A team of ecologists from the US and UK collected soil samples from 11 sites, including tropical forest in Costa Rica, arid grasslands in Kenya, warm temperate forest in New Zealand, tundra and boreal regions of Alaska and Sweden, and shrub steppe of Argentina, to conduct a comprehensive molecular analysis of the global distribution of soil animals like nematodes and microarthropods.

Through testing and sequencing of the genetic material, they found that 96 per cent of the population of soil animals was restricted to a single location. This means each ecosystem is unique with its own soil fauna. Conserving soil fauna at one location would not help in its distribution to other locations, says Jim Garey, lead researcher from the University of South Florida in the US.

When asked the reason for restricted distribution of soil fauna, the researchers said it could be related to nutrients. If soil nutrients are tied up in plants that are above ground, they are less available to soil fauna. Greater diversity of plants and animals above the ground results in high levels of inorganic nitrogen and low pH in the soil. High soil nitrogen favours growth of bacteria instead of fungi. Studies have shown that soil animals are more diverse in fungi-dominated soil and less diverse in bacteria-dominated soil, Garey explains.

It has been accepted that a wider range of species can be found above ground at the equator than at the poles. The study proves this does not apply to species living underground. “It was not true for the latitudes we studied,” explains Garey.

The study was published in Proceedings of the National Academy of Sciences on October 17.