The total goods produced by economies worldwide in 2011 are estimated to be worth $90 trillion, and almost half of the output came from low and middle-income countries. This has been revealed in a report, released by the United Nation’s International Comparison Program (ICP), on Wednesday.

The ICP is a worldwide statistical initiative—the largest in geographical scope, in implementation time frame, and in institutional partnership. It estimates purchasing power parities (PPPs) for use as currency converters to compare the size and price levels of economies around the world. In the report, published under the authority of the United Nations Statistical Commission. the 2011 round of ICP covered 199 economies and found that goods and services worth over $90 trillion were produced in the same year.

What is PPP and why has it been chosen in this report?
Purchasing power parities are a component of some economic theories and are a technique used to determine the relative value of different currencies. They make it possible to compare the Gross Domestic Products (GDPs) of economies in real terms by removing the price-level differences between them. Before PPPs became widely available, exchange rates were used for international comparisons of GDP. Exchange rates, however, only convert GDPs to a common currency and do not reflect the relative purchasing power of currencies. 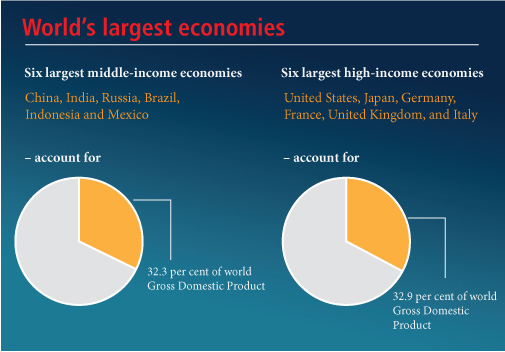 Average expenditure of countries across the globe stated that 28 per cent of the world’s population lives in economies with GDP per capita expenditures above the $13,460 world average and 72 per cent are below that average. 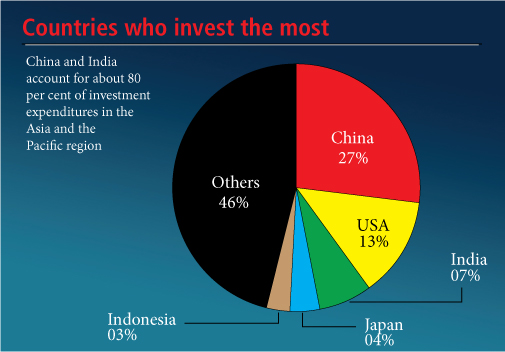 The report has also calculated price level index and determined which countries are the most expensive in the world.

The cheapest economies are Egypt, Pakistan, Myanmar, Ethiopia and Lao People's Democratic Republic, with indices ranging from 35 to 40.

The report, however, clearly states that PPPs are statistical estimates. Like all statistics they are subject to sampling errors, measurement errors, and errors of classification.

Report: The state of sustainability initiatives review 2014: standards and the green economy