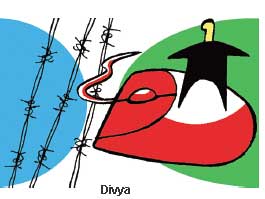 The word green in Chinese is used to describe web-surfing free from pornography. From July 1 personal computer users in China will have a Green Dam Youth Escort to chaperone Internet users. That's the ostensible aim. Green Dam would also link PCs with a regularly updated database of banned sites and block access to those addresses.

China's authorities currently block sites they disapprove of with a mesh of filters and keyword restrictions, widely known as the Great Firewall. In early June, the authorities blocked Twitter and Hotmail in the run-up to the 20th anniversary of the Tiananmen Square crackdown.

J Alex Halderman who teaches computer science at the University of Michigan said the software designed to work with the Microsoft Windows operating system is so technically flawed that outsiders can easily infiltrate a machine to monitor Internet activity or steal personal data.Gay and lesbian rights advocates fear the software will block all sites that discuss homosexuality. "It is far more intrusive than is necessary," said Zhou Dan, a lawyer who has petitioned the government to reconsider the directive.