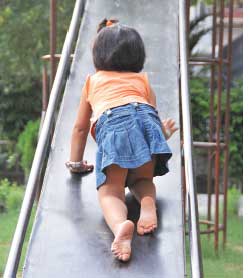 a new virus is spreading among children in Thane city near Mumbai. Many of them aged between 6 months and 5 years are visiting their paediatricians with complaints of mouth blisters, fever and rashes on hands and soles. These are symptoms of the hand-foot-mouth disease (hfmd).

On a daily basis, every paediatrician in Thane is seeing five to 10 patients. It is a serious outbreak; we fear the disease has already spread to Mumbai and Pune, said Sandeep Kelkar, vice president of Thane branch of Indian Academy of Paediatrics.

Doctors in western suburbs of Mumbai confirmed the disease had spread. It is not limited to any one part of the city. I am receiving five patients daily, said Ambedkar Yeshwant, a paediatrician in Bandra. Jayaprakash Hebbar, a physician in Bandra said the disease seems more severe this time.

For the first time in India, we have isolated this virus and deciphered its etiology, said erc director, Jagdish N Deshpande. So far, the virus is under control but we cannot predict how the virus will behave in the coming months, he added.

Deshpande refused to give detailed information saying the research has to be published in an international journal first. Journals may not accept the research paper if the findings and data become public, he said.

Kelkar said the disease surfaced in August. Soon the incidence started increasing and Thanes paediatricians, while exchanging notes, realized the disease was spreading at an alarming rate. That is when we decided to contact erc to run lab tests, said Suhas Kulkarni, a paediatrician with Chiranjeevi hospital in Thane.

Not on health departments radar

hfmd is caused by viruses of the enterovirus group. Coxsackie virus A16 (cva16) is the most common cause of the disease. Enterovirus71 also causes hfmd but is more deadly as it can lead to complications like meningitis and encephalitis that affect the brain. Enterovirus 71 has caused deaths in China and Singapore. We feared the same virus may have spread in Thane. Scientists, however, found an altogether new strain of virus cva 6, said Kelkar.

The strain has been reported only once before, in Finland. The researchers there concluded that the disease was caused by an unusual enterovirus type cva6. They published their findings in the September 2009 issue of Emerging Infectious Diseases Journal.

Deshpande said it was too early to comment on similarities between the virus isolated in Finland and the one isolated by erc.

In India, hfmd caused by enterovirus71 was first reported in 2003 in Kozhikode (see box) but the government has not paid heed to the disease said C K Sasidharan, a paediatrician at Baby Memorial Hospital in Kozhikode. During the 2003 outbreak, we did not admit a single patient. But now the lesions are more painful and patients get cardiac problems and encephalitis too, said Sasidharan who published his findings in the Indian Journal of Pediatriacs.

The erc says the virus in Thane is more or less benign. But Kelkar said there is a change in pattern. In 2006, children below five were affected but now children between eight and 11 are also getting infected, he said.