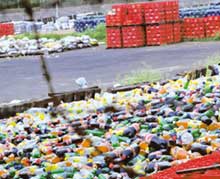 Soft drinks are in for further trouble in Maharashtra as both the Food and Drug Administration (fda) and Municipal Corporation of Greater Mumbai (mcgm) have recommended a ban on colas in schools, as its consumption is linked with health problems amongst school children. Supporting the recommendation of the fda, the law department of mcgm has recently written to its commissioner, requesting him to put a blanket ban on all aerated drinks in Mumbai schools and replacing aerated drink joints with coconut water kiosks.

Meanwhile, the department of geography and sociology at Strathclyde University, Glasgow, resolved to boycott products of two controversial corporations: Coca-Cola and Nestle. The head of department, David Miller noted that the boycott was part of their ethical purchasing policy and hoped that it would make corporations aware of their responsibilities to local communities.