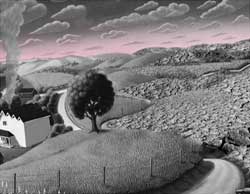 most commonwealth developing countries will witness a drop of up to 30 per cent in their crop yield by 2050 due to global warming. India and Pakistan may see a drastic decline of 20-30 per cent in their crop production, affecting more than one billion people. In Africa, about 350 million citizens may be affected as the production goes down by up to 20 per cent. For Central and South American countries such as Guyana and Belize, the decline would be of about 10 per cent. In contrast to this, industrialised countries such as Canada would see their crop yield increasing by as much as 10-40 per cent, while the uk may benefit from an increase of 10-20 per cent. These figures, which are presented in a report, Climate Change and Commonwealth Nations, by the Australia Institute, reaffirm earlier predictions that developing countries are more vulnerable to climatic changes than industrialised countries.

A study by the National Centre for Atmospheric Research (ncar), Boulder, usa, has also found that the us cotton farmers would benefit from global warming. Cotton yields are likely to increase in the southeastern us if carbon dioxide (co<>) levels continue to rise as projected for this century and if farmers adapt their agricultural practices to the resulting climate change. "Cotton is a very important economic crop for the us agriculture," says ncar's Linda Mearns, a co-author of the study.

According to the scientists, the upward trend in cotton yield would be due to an increase in the atmospheric co2 that enhances plant growth by stimulating photosynthesis. Two climate models were used in the study -- a large-scale global climate model that used 300 by 300 kilometre grids, and a fine-scale regional climate model that used 50 by 50 kilometre grids. Using these two, three scenarios were simulated. The first scenario simply looked at the impact that climate change resulting from an instantaneous doubling of co2 would have on cotton yields in the southeastern us, including Alabama, Arkansas, northern Florida, Georgia, Louisiana, Mississippi, North Carolina, South Carolina and part of Tennessee. For this scenario the fine-scale model predicted a decrease of 10 per cent in cotton yield over the region, while the large-scale model showed four per cent increase in yields.