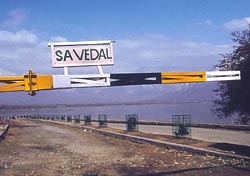 Conservation work on Dal lake in Jammu and Kashmir should be viewed more in terms of economic augmentation, in order to promote peace in the valley. This was the recommendation made by the parliamentary standing committee on the subject. In its report submitted to parliament recently, the panel has charged the state government with sluggishness in implementing conservation programmes. The report also flays the Planning Commission for imprudent funding. Earlier, the committee took note of a Down To Earth story on Kashmir 'Peace isn't elusive' (Down To Earth, May 31, 2003) and invited DTE to brief it on the matter.

The Dal lake in Srinagar is a source of livelihood for more than 50,000 people. Alarmingly, the waterbody has shrunk to half of its original size of 22 square kilometres due to encroachment and pollution. Although suggesting that the lake's residents be relocated immediately, the committee has asked the state government to view the task from a human perspective.

The report, which was submitted on December 19, 2003, criticises the Planning Commission for providing funds to the state in the absence of detailed project reports. The commission had released more than Rs 100 crore. "We were surprised that it did not know about the utilisation of the money," says panel chairperson C Ramachandraiah. The committee has recommended that all central assistance should be subject to prior planning by the state. Further, the money should be released in instalments after obtaining utilisation details.