Funding for the National Health Mission has been reduced by 20 per cent; spending on public health will also be reduced by 8 per cent 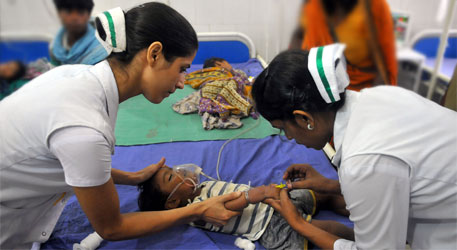 After taking over as the prime minister last year, Narendra Modi identified health as the key focus area of his government. The Bharatiya Janata Party had promised universal health access during its election campaigns. During his poll speeches, Modi identified it as an important part of his famous “Gujarat model”. But in the first budget, the Modi government brought about one of the highest budget cuts in the health sector.