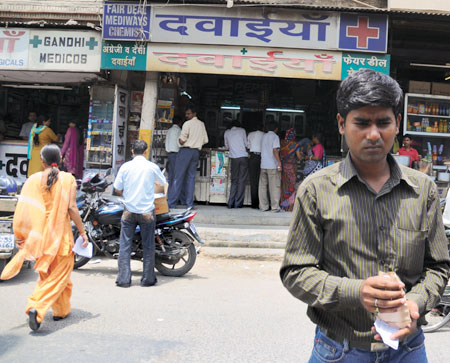 The recent decision of the National Pharmaceuticals Pricing Authority (NPPA) to bring more medicines under price control has been welcomed by civil society groups. They have requested the government to stand by its decision even as the pharma lobby has approached courts to get the order reversed.

On July 10, NPPA, acting in public interest, had released a new set of price notifications for 50 cardiovascular and diabetes medicines under paragraph 19 of the Drug Prices Control Order (DPCO), 2013. The notifications were issued in light of evidence showing these life-saving drugs were overpriced and to curb profiteering.

The group welcomed the the initiative of the NPPA to cap the prices of formulations for essential and lifesaving medicines that fall outside National List of Essential Medicines as a first step towards the institution of a robust, pro-public health policy of drug price control.

In the letter signed by All India Drug Action Network (AIDAN), Jan Swasthya Abhiyan, Low Cost Standard Therapeutics (LOCOST), Medico Friends Circle, Third World Network- India, All India Peoples Science Network (AIPSN) and the National Working Group on Patent Laws, the group says, “We note that the earlier notifications for essential medicines excluded several dosage forms and strengths because they did not feature in the National List of Essential Medicines, 2011. Thus the recent notifications were necessary to cover more of the strengths of medicines than that are listed on the NLEM.”

Countering the industry claims about huge loss, the group claimed that the notifications are expected to have only a marginal impact on the retail market. The loss in sales revenue due to NPPA action has been estimated at approximately Rs 350 crore. This represents a loss of only 2 percent in the anti-diabetic therapy segment and 2.5 per cent in the cardiac therapy segment.

Pharmaceutical industry has challenged the legality of fixing the prices of the 50 medicines under DPCO 2013 in high courts of Mumbai and Delhi. The civil society groups said they were surprised about the misinformation being spread by the pharmaceutical industry in this regard. They claimed that the government has in successive drug price control orders always retained the power to intervene in public interest.