According to researchers, overcrowding and lack of awareness about transmission and prevention are responsible for the prevalence of Ebola in poorer parts of Liberia 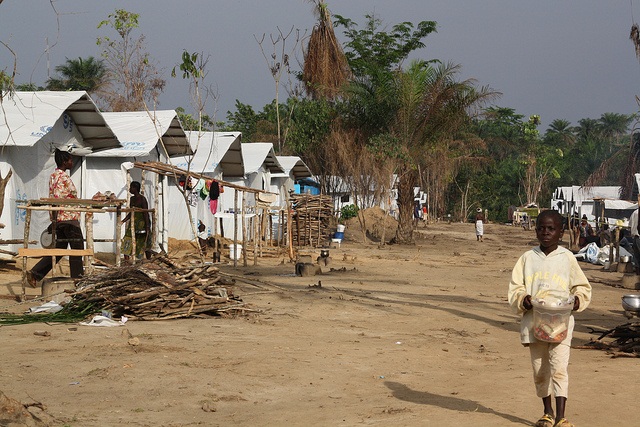 Linking the spread of the disease with poverty, the research paper—“Quantifying Poverty as a Driver of Ebola Transmission”—says, “Individuals from areas of poverty were associated with high rates of transmission and spread of Ebola to other regions. Thus, Ebola could most effectively be prevented or contained if disease interventions were targeted to areas of extreme poverty and funding was dedicated to development projects that meet basic needs.”

Transmission of the virus

The study adds that people living in poorer parts of Montserrado in Liberia were more likely to be affected and pass on the virus to those living in posh localities.

According to researchers, overcrowding and lack of awareness about transmission and prevention are responsible for the prevalence of Ebola in poorer parts of the country.

Poor localities are not only Ebola hotspots, but these also act as catalysts and help to spread the disease throughout Monrovia, Liberia’s capital.

Researchers have pointed out that movement of workers from slums to well-off areas in Monrovia for jobs helps transmit Ebola.

They pinpointed that poverty is correlated with increased rates of other infectious disease also. “In malaria endemic settings, for instance, living in traditional or unimproved homes with mud walls, thatched roofs and earth floors has been associated with over twice the risk of infection than living in modern homes. In Liberia, more specifically, cholera and other diarrhoeal diseases are highly prevalent in densely populated coastal regions of Monrovia.”

Besides overcrowding, poor sanitation is conducive for the rapid spread of Ebola. To tackle this, researchers have advocated sustainable development in urban slums to reduce the risk of infection.

They feel that focusing on slums during outbreaks will help fight the disease and contain further outbreaks.