A sip of earthy flavour 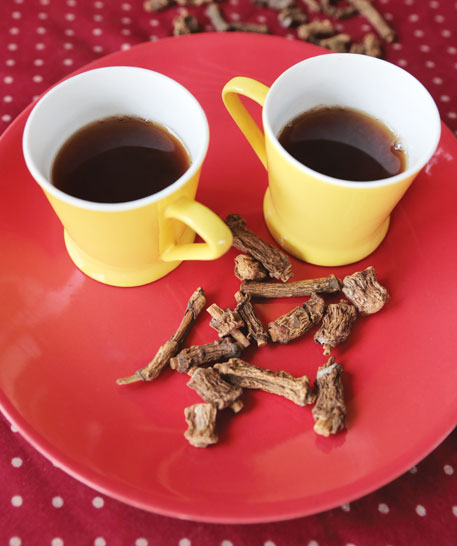 In the early years of my carrer, when I began working with the farmers of Vidarbha, I would always try to avoid a vital aspect of their hospitality—the inevitable black tea. The tea, in fact, has a muddy colour and a strong muddy flavour that would set my nerves on edge. But refusing the too-strong-too-sweet tea is tantamount to insulting the host in this arid region of Maharashtra. An elderly farmer once made this resoundingly clear. “We poor people can only offer tea by way of honouring our guests. By refusing it, you refuse our honour,” he told me as I was trying to wriggle out of gulping down the brew. Another time, in a Dalit household, I had to drink a huge lota of water to prove that I did not refuse the tea out of “touchability” concerns.

These few incidents put the fear of the lord into me, and I have never since refused tea in rural areas. So for more than two decades, I survived the brew by developing naughty strategies instead—take one big gulp and leave the rest; hide the cup behind the leg of a cot or a chair; or worse, pour the tea on the mud floor when no one is looking. But it turns out that all this while I was too ignorant to appreciate the flavour.

One day, at my farm, my farm help Ramesh Dhurve walked off with a pickaxe at the mention of tea. Intrigued, I followed him and found him digging out what looked like long gnarled ropes.

On a closer inspection, I could see that they were the roots of a thin, barely noticeable creeper running between rocks and showing pointed, dark green leaves at intervals. “It is khobarvel,” Dhurve informed me, “we add it to tea for fragrance.”

The scales fell from my eyes with the first sip of the tea Dhurve made using the root. This was the flavour that had tormented me for years—only this time around it was milder, partly because Ramesh is a Gond tribal from Betul district in Madhya Pradesh. Tea is traditionally milder in this part of the state than in Vidarbha where food and beverages have strong taste and flavour. A few more sips later, I realised that the brew had a refreshing earthy flavour—not muddy.

Enquiries revealed that khobarvel, as the vine is known in Madhya Pradesh and Maharashtra, is the herb, Hemidesmus indicus whose powerful health benefits are recognised in ayurveda. Called sariva or anantamool in Sanskrit, the herb is known for its cooling, diuretic and anti-inflammatory properties, and is used to cure a host of ailments, including skin problems like psoriasis and eczema, arthritis, acute and chronic gout, inflammation of mucus membranes, heavy menstrual bleeding, sluggish digestion and urinary infections of all kinds, including serious kidney ailments. The herb is also known to cure infertility.

It is one of the 10 herbs used in preparing the formidable dashamool concoction, which is said to cure virtually every ailment. Several modern researches underscore the wound healing, immunomodulatory and anti-microbial properties of the herb.

In 2012, K VijayaKumari of Dr NTR University of Health Sciences, Vijayawada, established that powdered Hemidesmus when applied on wounds speeds up the healing process and reduces scarring. Her research was published in the International Research Journal of Pharmacy in 2012.

A year earlier, SmithaJayaram and Shailaja S Dharmesh from the Central Food Technological Research Institute, Mysore, had found phenolic compounds in the herb. Anti-oxidant properties of these compounds make the herb so effective against multiple health ailments, they noted in Pharmacognosy Research published in 2011.

Another group of researchers have also found phenols in Hemidesmusindicus. The study, led by Rajan S of Department of Microbiology, ShrimadAndavan Arts and Science College in Tiruchirapalli, have found significant amounts of other healing compounds like tannins and flavonoids in it. Their finding was published in Asian Journal of Pharmaceutical Research in 2011.

Small wonder that in recent years Hemidesmusindicushas become a health fad of sorts worldwide, mostly because of its coolant property. A popular formulation of the herb is Iramusu tea, based on the Sri Lankan name for the herb.

The tribal people of Madhya Pradesh and Maharashtra consume the herb as a matter of course. RingoBai, Dhurve’s wife, told me that people in her village boil the root with tea and consume it regularly in summers. “It is said to be good for health.” When I told her about the health benefits of the herb, she said, “If there are health benefits, we will get them anyway, whether we know them or not.” As for why it is consumed only in summers, she simply said, “It is easier to find.”

I wonder if a significant part of the tribal wisdom is in simply letting nature decide which food to put on the platter and when. A piece of advice I have heard again and again in tribal areas is that wild vegetables and herbs become available when it is good for us to eat them.

So now I know I must learn to gulp down the “muddy” tea without complaint if I want to keep my job as a food writer. 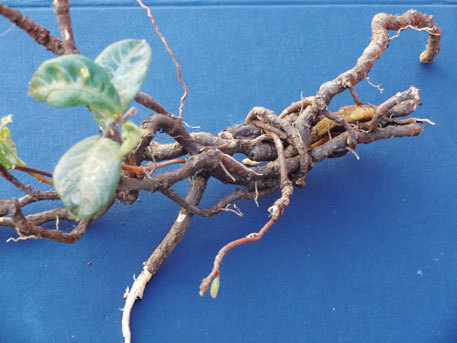