The Centre has not increased its allotment of oxygen to UP; the state too has not been able to meet the daily demand due to logistics 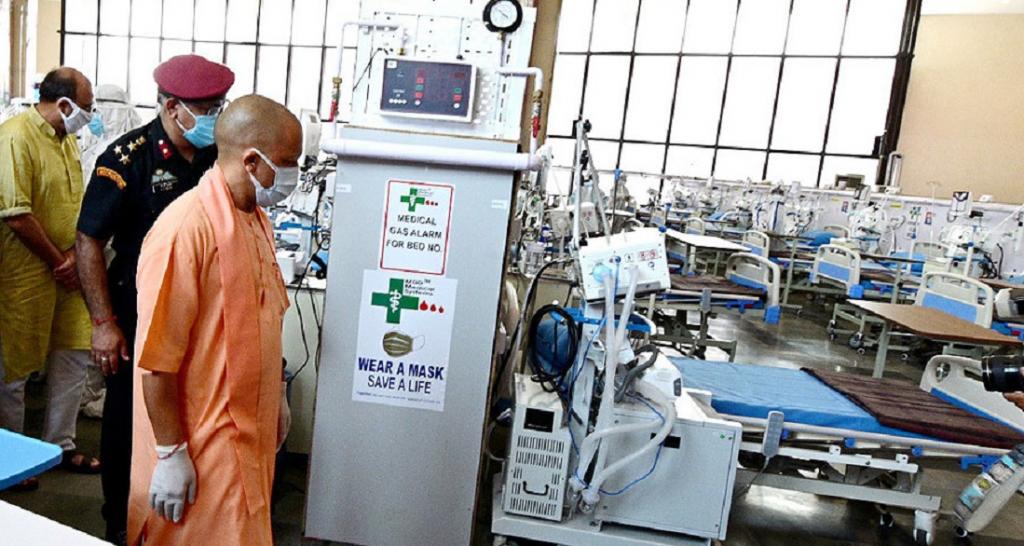 The Uttar Pradesh government’s claims of having sufficient oxygen for its citizens are completely contrary to the reality on the ground, a Down To Earth investigation has shown.

The government is, in fact, facing a severe logistical problem in procuring oxygen equivalent to what the Centre has allotted it. This, even as the novel coronavirus disease (COVID-19) continues its lethal trajectory in the state.

Demand for oxygen nearly tripled in India’s most populous state during the last 13 days.

The Union government had submitted an affidavit in the Supreme Court April 23, 2021. The document stated that UP needed 400 tonnes of medical oxygen April 20. It added that UP’s requirement of oxygen would increase to 650 tonnes April 25 and reach 800 tonnes April 30. The requirement reached 1,142 tonnes by May 3.

Down To Earth spoke to various district administrations in UP and found that the gap between oxygen demand and supply told a completely different story. DTE found that the Centre was not increasing its allotment of oxygen for the state even though the number of COVID-19 cases surged by the beginning of May.

The state government itself was not able to get the required amount of oxygen from outside its borders to meet the daily demand.

The state was allocated just 857 tonnes May 3, against the required 1,142 tonnes. The UP government was also found to be supplying 650-750 tonnes of oxygen in the last 10 days. This, despite the fact that Lucknow, the state capital and one of the worst-affected cities, alone needs 100 tonnes daily. The UP government delivered 823 tonnes May 5.

Currently, 89 oxygen tankers are being used to transport the gas to the state. Business giants like the Reliance and Adani Groups are also providing oxygen tankers. UP is planning to release a global tender for cryogenic tankers to meet oxygen demand in the future.

The government currently seems to be focused on providing oxygen to western UP, especially areas that are part of the National Capital Region like Ghaziabad, Noida and Greater Noida.

Rural districts of the state like Amroha in the Rohilkhand region and Balia, Ambedkar Nagar and Bahraich in the Awadh and Purvanchal regions are being given less priority by the government.

The government recently did an oxygen audit to check the use of medical oxygen. The audit report said some hospitals in Lucknow and Noida were not admitting patients by falsely claiming that there was a shortage of oxygen. The government will be taking strict action against such hospitals.

The state, especially its vast hinterland, has also witnessed a steep rise in COVID-19 cases, especially after the recently held Panchayat elections.

UP has an active caseload of 0.26 million, out of which about 0.23 million are home quarantined. The government did talk of providing better resources for home-isolated patients but has not been able to come up with any concrete policy.

It is becoming difficult to find intensive care unit beds in private as well as government hospitals of the state, according to ground reports.

The government has started door-to-door screening in about 97,000 villages. On May 5, during such a screening, 69,474 symptomatic people were tested. Some 3,551 were found to be positive.

Some 14,151 deaths have occurred in the state as of May 6, 2021. The UP government has recently issued an order stating that both, COVID and non-COVID bodies, were to be cremated for free and respectfully.

The state government is also considering an audit of the number of deaths as it is unsure of the figures.