Air pollution increases risk of Alzheimer’s in carriers of the gene, says study 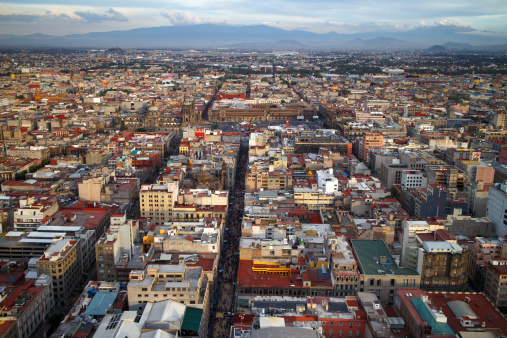 High levels of air pollution have been linked with cardiovascular diseases, respiratory disorders and various allergies. Research has now revealed that pollution may also be associated with central nervous diseases like Parkinson’s disease, stroke and Alzheimer’s disease.

A new study by the University of Montana in the US, along with other research institutions, has found that air pollution impacts levels of metabolites responsible for cognitive functions in young people who are carriers of the Alzheimer's gene. A decrease in the ratio of hippocampal metabolites significantly affects children and their parents with the APOE e4 (allele 4 of apolipoprotein E) gene.

These findings, based on results in young people living in Mexico City, were published in the Journal of Alzheimer’s Disease on September 24, 2015.

Carriers of APOE e4 face a higher risk of developing Alzheimer’s disease (AD) and are also susceptible to poor outcomes in traumatic brain injury recovery. Mexico City is extremely urbanised and the city's environmental pollution affects millions of children who are exposed to PM2.5 every day.

This study focused on children and one of their two parents who shared the gene. It found that the ratio of metabolites has severely decreased in Alzheimer's gene-carrying children in Mexico City than in those living in low-polluting cities. A fall in this ratio may result in early neurodegeneration in young urbanites.

The researchers have also expressed concern over the age of children in whom this evidence is seen. These otherwise healthy children were also shown to have olfaction deficits, dysregulation of feeding hormones, attention deficiencies and short-term memory along with below average IQ scores compared to those exposed to low air pollution.

"While this study focused on Mexico City, the results are applicable to all cities which have high levels of air pollution regardless of ethnicity," says Lilian Calderon-Garciduenas, one of the lead researchers and professor at the University of Montana.

Another population-based cohort study done in Taiwan has found a 138-per cent increase in risk of Alzheimer’s disease per increase of 4.34 microgram/cubic metre in PM2.5. Published in the Journal of Alzheimer’s Disease, the study investigated the association between long-term exposure to ozone and particulate matter (PM 2.5) and Alzheimer’s disease in 95,690 individuals aged 65 or above between 2000 and 2010 with air pollution data obtained from Taiwan Environmental Protection Agency (EPA).

Government intervention is the need of the hour

According to experts, there is a need for the government to undertake and support studies on evaluating the impacts of air pollution on the brain and coming up with concrete actions to curb pollution.