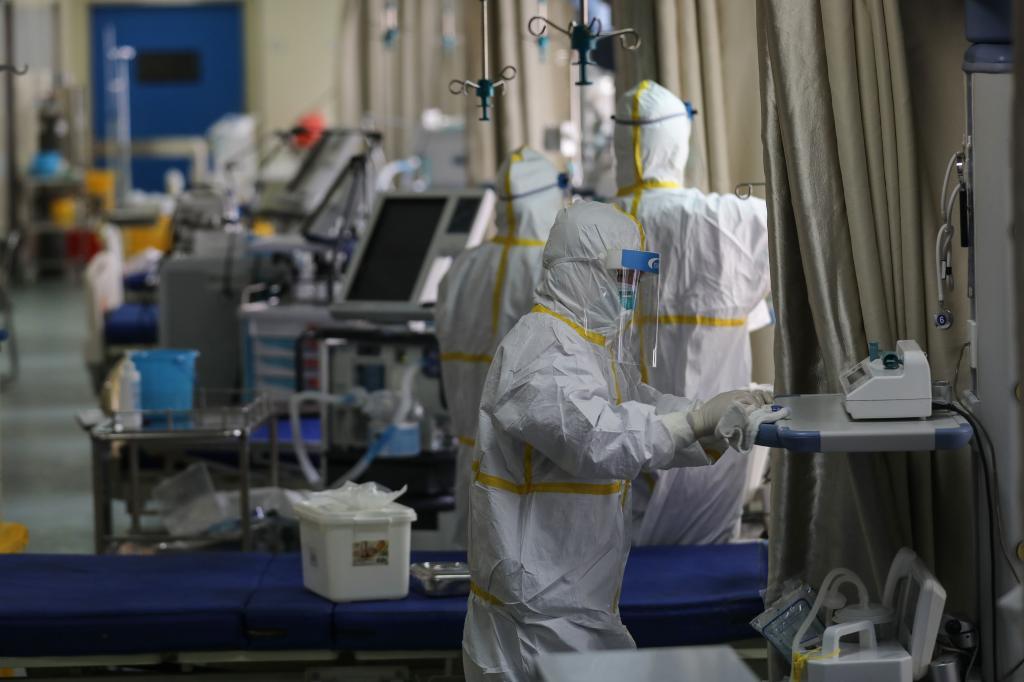 This more deadly phase has stressed out India’s health infrastructure and the improvements made in the last year. Scarcity of testing kits, vaccines, hospital beds, medical oxygen, etc have been reported from several states.

How well did we utilise the time and our learning since the outbreak began. Here are some statistics:

The states have used this to increase the number of oxygen-supported beds, intensive care unit (ICU) beds and ventilators.

Till January 2021, the country added 94,880 oxygen-supported beds. In April last year, the country had just 62,458 beds with oxygen, according to data presented by Ashwini Kumar Choubey, Union minister of state for health and family welfare in the Rajya Sabha Feb 2, 2021.

Maharashtra and Tamil Nadu accounted for 16,000 and 17,000 of these additional beds, respectively.

These figures seem substantial in absolute numbers but not so much when we compare them to the COVID-19 burden of these states at present.

In the same period, the number of oxygen beds in Delhi and Tripura increased 51 and 52 times, respectively — the biggest jump in the country.

Delhi, on the other hand, added 1,861 ICU beds. The present total is six times that of last April levels.

Even amid a second surge in cases, Haryana, Punjab, Puducherry, Goa, Himachal Pradesh, Rajasthan, Assam, Andhra Pradesh, Telangana and Jharkhand have decreased the number of ICU beds in their states.

The second wave, attributed to the new coronavirus strains in the country, could be deadlier, said Dr Randeep Guleria, director of AIIMS, Delhi.

While 26 states, including Maharashtra, have strengthened their critical care infrastructure by adding ventilators, the number has reduced in nine states, according to health ministry data presented in Rajya Sabha Feb 2, 2021.

India’s healthcare spending is abysmally low. The country ranks second-last among countries in its region in terms of public health spending as a share of its gross domestic product (GDP), according to the World Health Organization. With less than one per cent public health spending as a share of GDP, India lags behind Bhutan (2.5 per cent), Sri Lanka (1.6 per cent) and Nepal (1.1 per cent), showed the National Health Profile 2019.