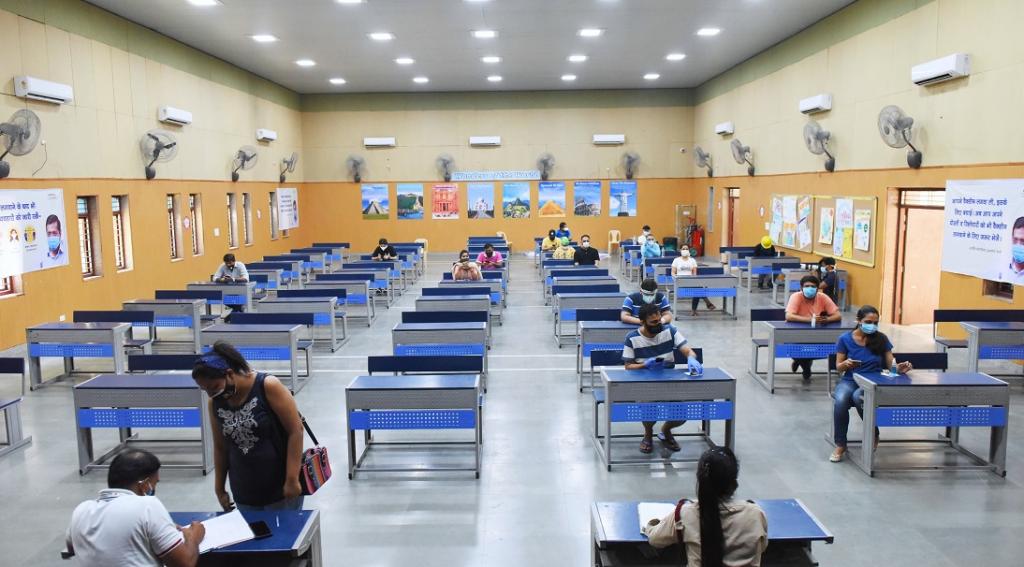 Age does matter if you want the vaccine against SAR-CoV-2 in India. The country is vaccinating its people against the novel coronavirus disease (COVID-19) through two channels. The central government is providing vaccines only to prioritised groups including health and frontline workers and people above the age of 45 years. On the other hand, the state governments have the responsibility to vaccinate people between the ages of 18 and 44 years.

Down To Earth analysed data for the 11 districts of the National Capital Territory of Delhi between 3.30-4 pm May 14, 2021 and found that the city does not have any vaccine for people between the ages of 18 and 44 through May 15.

The situation in other megacities like Mumbai, Kolkata and Chennai is worse. Vaccination slots are available only in Chennai this week.

People getting the second dose of the vaccine do not need to register for a slot. They can walk in any vaccine centre and get a shot, in theory. However, due to shortages, vaccines are available only to those who come early to the vaccine centre. This has created a lot of stress for the beneficiaries.

The quota of vaccines to be sent to the states for use from May 16-31 is 19.2 million doses, according to a Press Information Bureau (PIB) release dated May 14. This will include 16.25 million Covishield and 2.949 million Covaxin doses.

These vaccines are to be used to immunise beneficiaries between the ages of 45 and above, health and frontline workers. They would be distributed among states based on the consumption pattern and beneficiary load for second doses in the states.

The release also reveals that more than 43.9 million doses would be available for direct procurement by the states as well as private hospitals in May 2021. These would be used by states to vaccinate people between the ages of 18 and 44.

A large number of states have issued global tenders too and 100 per cent doses of these imported vaccines will be available for “other than Government of India” channels comprising state governments, private hospitals and hospitals of industrial establishments. In the previous fortnight (May 1-15), a total quantum of more than 17 million vaccine doses were made available to states.

A PIB release dated May 11 shows that states had 9 million doses of the vaccine in their kitty and the Centre was sending another 0.7 million over the next three days. This would make a total of 9.7 million.

Till May 11, some 175.1 million people were vaccinated. This increased to some 180 million on May 13. This suggests that some 0.5 million vaccines were used between May 11 (day 116) and May 13 (day 118). This still leaves the stock of over 9 million vaccines with the states. This stock has to be used to vaccinate people above the age of 45 years.

According to the May 11 release, Delhi had 366,731 doses (0.36 million) in stock. This is out of the total 4.1 million vaccines received by the state. The capital, which does not have slots available in many parts of the city, should use these urgently to reduce the panic situation in the city.

According to the Government of India, the shortage of vaccines is likely to be met by the end of the year. Their talks with the Serum Institute of India Ltd and Bharat Biotech Intl Ltd suggest that these two companies would increase their production to 750 million and 550 million respectively.

Imports of Sputnik V vaccine would add another 156 million, making the total 1,456 million between August and December. Imports and newer vaccines (many of Indian origin) would add to the number and the government estimates that the total doses available between these months would be 2,160 million. India needs 2,000 million doses to vaccinate its population.