Kerala, Goa, and Tamil Nadu have the largest share of non-communicable diseases, according to the 2016 India State-level Disease Burden study 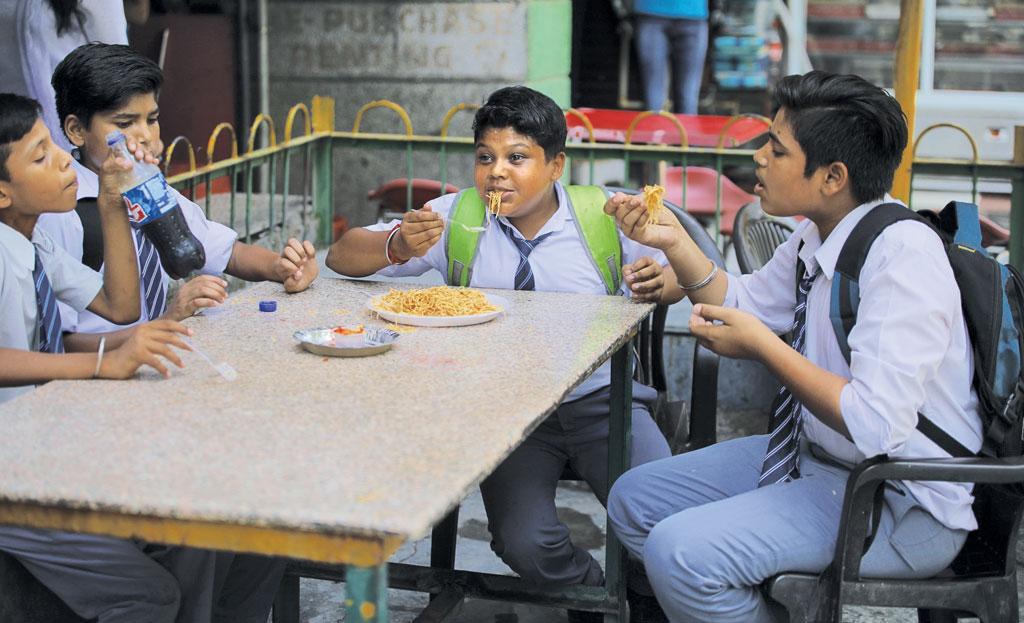 The contribution of non-communicable diseases (heart disease, cancers, respiratory diseases, neurological disorders) has risen to 55 per cent from 30 per cent in 1990. Credit: Vikas Choudhury/CSE

India’s latest and most comprehensive health report card released today has something to cheer about and a lot to worry about.

The good news is life expectancy at birth jumped from 59.7 years in 1990 to 70.3 years in 2016 for females and from 58.3 years to 66.9 years for males. Although fewer are burdened with communicable diseases, the burden of non-communicable diseases is rising. And on top of that, there are vast inequities among states.

In all, scientists have identified 333 disease conditions and 84 risk factors for all the states in India. This is the first time the burden of disease has been studied at state-level. Till now, only national-level data was available, masking varying disease patterns in states. This has huge implications for policy makers because it means that one health policy and uniform health schemes may not be workable for all the states.

The state-level data is a result of an exercise initiated in 2015 by Indian Council of Medical Research (ICMR), Public Health Foundation of India (PHFI) and the Institute for Health Metrics and Evaluation (IHME) in collaboration with the Ministry of Health and Family Welfare. Over 200 experts from 100 Indian institutions participated in the study and the results were published in The Lancet. The technical report was released in Delhi by the Vice-President M Venkaiah Naidu.

Although life expectancy at birth has improved at the national level, inequalities between states continue – ranging from 66.8 years in Uttar Pradesh to 78.7 years in Kerala for females, and 63.6 years in Assam to 73.8 years in Kerala for males in 2016. The per person disease burden – an indicator of health status of an individual – has dropped by 36 per cent from 1990 to 2016 in India. Assam, Uttar Pradesh and Chhattisgarh have the highest rates. The under-5 mortality rate has reduced substantially in all states, but it is four times higher in Assam and Uttar Pradesh compared to Kerala.

The biggest change is seen in the overall disease pattern in the country. In 1990, 61 per cent of the total disease burden in India was attributed to communicable, maternal, neonatal, and nutritional diseases. This has dropped to 33 per cent in 2016. At the same time, the contribution of non-communicable diseases (heart disease, cancers, respiratory diseases, neurological disorders) has risen to 55 per cent from 30 per cent in 1990. Kerala, Goa, and Tamil Nadu have the largest dominance of non-communicable diseases and injuries while they are relatively lower in Bihar, Jharkhand, Uttar Pradesh and Rajasthan.

“Many Indian states are bigger than most countries in the world. It is necessary to plan health interventions based on the specific disease burden situation of each state, many of which are no less than nations within a nation, if the existing major health inequalities between the states have to be reduced,” said Lalit Dandona, Director, India State-level Disease Burden Initiative.

Although the burden of most infectious diseases has reduced from 1990 to 2016, five of the top ten causes of disease burden still belonged to this group - diarrhoeal diseases, lower respiratory infections, iron-deficiency anaemia, neonatal preterm birth, and tuberculosis.

The disease burden due to unsafe water and sanitation has also reduced significantly in India, but this burden is still 40 times higher per person in India than in China.

The contribution of air pollution to disease burden has remained high in India between 1990 and 2016, with levels of exposure among the highest in the world. The burden of household air pollution has decreased during this period due to decreasing use of solid fuels for cooking, and that of outdoor air pollution has increased due to a variety of pollutants from power production, industry, vehicles, construction, and waste burning.

While the disease burden due to child and maternal malnutrition has dropped in India substantially since 1990, it is still the single largest risk factor responsible for 15 per cent of the total disease burden in India in 2016. Kerala had the lowest burden due to this risk among the Indian states, but even this was 2.7 times higher per person than in China.

“We have recommended monitoring of health status in each state, and the NITI Aayog Action Agenda 2017-2020 envisions data-driven and decentralised health planning to more effectively improve population health,” said Vinod Paul, a member of NITI Aayog. He suggested that generation of such comprehensive estimates for each district. “This knowledge has the potential of making fundamental and long-term contributions to improving health in every state,” said Soumya Swaminathan, Director-General, ICMR.

K Srinath Reddy, President, PHFI, pointed out that the contribution of non-communicable diseases to health loss had doubled in the past two decades. While air pollution and tobacco continue to be major contributors to health loss, the extent of these risk factors varies considerably across states.