Despite promising statements of intent from pharmaceutical industry, irresponsible practices in supply chains are yet to be curbed 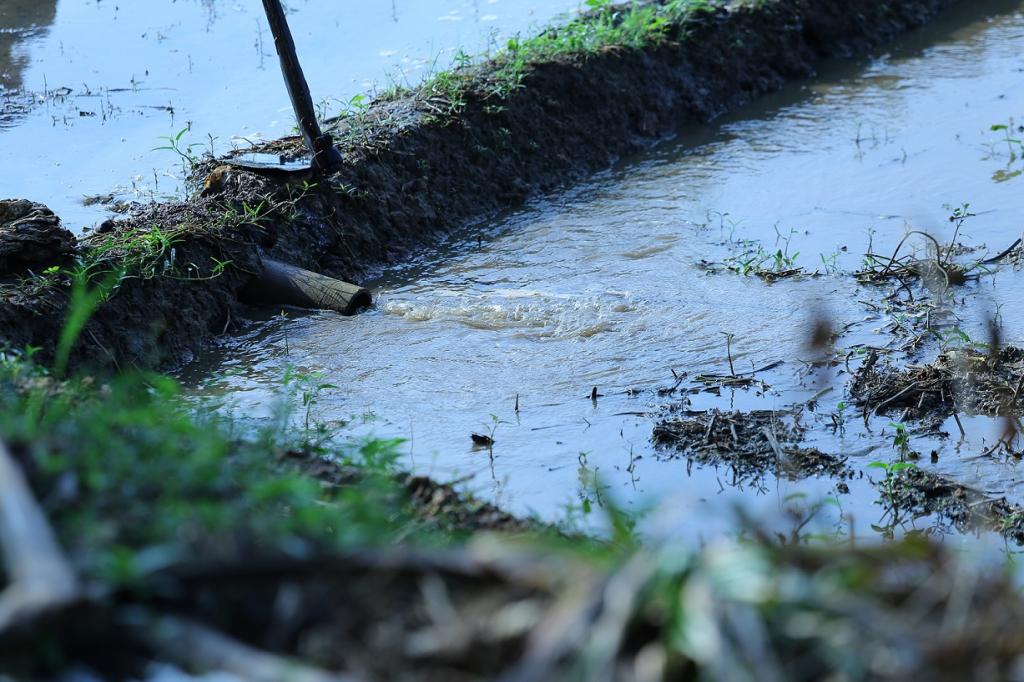 As of now, there are no global standards for antibiotic discharge limits in environment from pharmaceutical industries. Credit: Wikimedia Commons

The need to limit emergence and spread of antimicrobial resistance (AMR)—particularly antibiotic resistance (ABR)—through a “One Health” approach has been increasingly highlighted by global leadership.  A global public health threat, AMR in bacteria arises when they are able to survive exposure to an antibiotic. Resistant bacteria can then enter human body through human antibiotic consumption, food and environment, making it increasingly difficult to treat common infections. But whether ongoing global efforts to contain AMR have truly been “One-Health” is a question. The focus has largely remained on addressing the human and animal aspects, with limited focus on environmental contribution. The environmental agenda for AMR continues to lag behind even as the ongoing Prince Mahidol Award Conference (PMAC) at Bangkok, Thailand, discusses AMR, with regards to safeguarding medicines and managing AMR in livestock to save the world from threats of infectious diseases.

Environment is a critical source and reservoir of AMR, and thus, plays critical role in selection and evolution of resistance in bacteria and their transmission. There has been a growing body of evidence on AMR emerging from hospital or drug manufacturing effluents, wastewater and sewage treatment plants, as well as from farm waste or farm environments. The recent report on Emerging Issues of Environmental Concern, published in December 2017 by the United Nation’s Environment Programme (UNEP), recognises that curtailing the release of antibiotics residues in the environment is an important measure for slowing AMR. It talks about possible mitigation approaches through regulatory or research-based interventions. This buy-in from the UNEP and its coming on board the World Health Organization to fight environmental health risks, including AMR, reflects growing global momentum to address AMR in environment.

Following suit, the beginning of 2018 saw release of two reports, The Antimicrobial Resistance Benchmark 2018 from the Netherlands-based Access to Medicines Foundation and the first Progress Report entitled “Tracking Progress to Address AMR” by the Switzerland-based AMR Industry Alliance, an alliance of pharmaceutical industries, generics, biotech and diagnostic companies. Both reports highlight the position of pharmaceutical manufacturing industries in the context of AMR. Key industries report having an environmental risk management strategy with regularised audit mechanism or implementation of good practice methods to address the environmental impact of manufacturing discharge. Surprisingly, the AMR Benchmark Report, which has ranked 30 major companies, mentions that certain players have even set discharge limits for antibiotics in the environment, but none publish their discharge levels or audit results. As of now, there are no global standards for antibiotic discharge limits in environment from pharmaceutical industries. Thus, it is essential that the companies, which already claim to have discharge limits, share their protocols, approaches and data for future reference.

Independent assessment of six Indian manufacturers among many others reflects that none publicly publish antibiotic discharge levels, audit results, identity of third-party suppliers of active pharmaceutical ingredients or of external waste treatment plants. Few but large Indian industry players such as Aurobindo Pharma Limited and Dr. Reddy’s Laboratories Ltd. refer to having an environmental risk management strategy in place based on Zero Liquid Discharge (ZLD), which means no wastewater is released from manufacturing plant. While industry may claim that having environmental risk management strategy is a solution, it remains unclear how these strategies are able to respond to AMR-specific threats. Moreover, as big industry players are becoming vocal about their efforts to contain antibiotic discharge in the environment through such progress reports, a large chunk of small-scale players remains unassessed. For example, in India, a large part of production of antibiotic API (Active Pharmaceutical Ingredients) is driven by numerous small-scale manufacturers, who are unlikely to have AMR-centric environment risk management strategies, internal waste treatment plants or ZLD systems.

A recent publication from the Changing Markets Foundation, however, presents a different observation. The report explores impact of pollution from pharmaceutical production sites in Hyderabad, one of the largest antibiotic manufacturing hubs in India.  What becomes evident is despite promising statements of intent from industry players, irresponsible practices in supply chains are yet to be curbed. Pharmaceutical companies are continuing to discharge untreated or inappropriately treated wastewater from manufacturing plants into the environment. The Centre for Science and Environment, a Delhi based think tank, had earlier assessed waste management practices in drug manufacturing hub in Baddi, Himachal Pradesh. It revealed similar on-the-ground practices such as untreated effluents injected into bore-wells or released into drains during monsoon etc. While industry claims having risk management strategies in place, on the ground a completely different picture is evident. This contrast between self-regulatory interventions and ground-level scenario is a cause for concern. “Industry self-regulation” is not enough to change the situation on the ground and there is need for increased role and involvement of environment regulators.

In view of addressing AMR against the backdrop of “One-Health”, the CSE has been advocating the need for increased focus on environmental aspect of AMR. With the Indian National Action Plan on AMR now in place, the environment agenda for AMR has now received attention. Towards its implementation, the Central Pollution Control Board has taken lead and is working towards setting standards for residue in pharmaceutical-manufacturing effluents along with other stakeholders, including the industry and the health sector.

While one may ask why India first and why industry first while globally there are no standards, the answer would be India is globally the largest antibiotic manufacturing hub next to China and it is time we considered it as an India-specific problem and initiate efforts to address it. The CSE is of a strong opinion that standards should be set for zero or no antibiotic residues in effluent and that the scope should expand beyond drug manufacturing industries and also incorporate farms, processing units, slaughter houses, waste and effluent treatment plants and healthcare facilities.