No more freebies to doctors: GSK 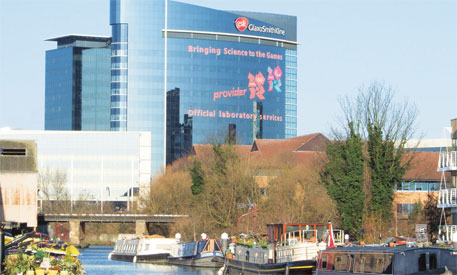 UK-BASED pharmaceutical giant GlaxoSmithKline (GSK) announced significant changes in its marketing practices on December 17. The company declared that it will not pay doctors to promote its medicines and end the practice of giving prescription targets to its medical representatives. The decision comes at a time when the pharma industry in India is demanding legalisation of such practices.

GSK said it will also stop providing financial support to healthcare professionals to attend medical conferences and will, instead, fund their education through independent educational grants. In the statement issued to media, the company said that “the new compensation system” will begin by early 2015 in allÃ”Ã‡Ãªcountries where it operates.

GSK was under fire in China in July last year where it was accused of bribery. GSK allegedly paid US $5 millions to travel agencies to arrangeÃ”Ã‡Ãªtours for doctors. The pharma company, however, denies that the change in its marketing practices is related to the China case. GSK says that the policy change is the result of a pilot programme introduced in the US in 2011 where it proved successful.

The pilot programme, named Patient First, introduced in the US bases compensation for medical representatives on qualitative measures and the overall performance of their business, rather than the number of prescriptions generated. The US passed the Sunshine Act in 2013 which requires pharma companies to give details of the money and gifts paid to doctors. France enacted a similar law in mid 2013.

India relies on Medical Council of India (MCI) to prevent malpractices. An MCI notification on December 10, 2009, prohibits all healthcare professionals in India from accepting benefits from pharmaceutical or allied healthcare companies for any purpose, including educational programmes.

The notification also prohibits sponsorships even if the event is organised by independent third party organisations.

Seeking a relaxation from the notification, the department of pharmaceutical, Ministry of Chemical and Fertilisers, sent a letter to the Ministry of Family and Welfare aÃ”Ã‡Ãªyear ago, saying continued medical education is essential for professional growth and will eventually benefit patients. The ministry has not responded yet.

K V Babu, a doctor who accessed the pharmaceutical department’s letter through a Right To Information application, points out that the letter was sentÃ”Ã‡Ãªat the behest of the pharma industry and doctors did not have any problem with the MCI notification. Arun Gupta, convener of Delhi-based non-profit Alliance Against Conflict of Interest, says despite MCI’s decision, companies are still engaged in malpractices. He says Johnson and Johnson in its annual report for 2012 revealed having paid more than Rs 1 crore in 2011-12 to Indian Academy of Pediatrics.

President of Indian Pharmaceutical Congress Association and deputy drug controller Atul Kumar Nasa has commended GSK. He says practices like paying doctors to boost sales create a negative image of the industry and GSK’s decision may force others to fall in line.

Chairperson-cum-managing director of Mankind Pharma Ltd R C Juneja says if companies stop paying doctors, drugs will be sold only on the basis of their efficacy and expenses of companies willÃ”Ã‡Ãªreduce.Ã”Ã‡ÃªP P Sharma, vice-president of Pharmacy Council of India, has a similar view. He says companies can cut cost by restricting unwarranted expenditure and this would benefit patients.

ButÃ”Ã‡Ãªcases of doctors getting freebies from companies have been reported many times. A letter by Lok Sabha MP Jyoti MirdhaÃ”Ã‡Ãªto the prime minister in 2012 cites an instance where 15 doctors from Madhya Pradesh flew to England and Scotland allegedly at the expense of Ahmedabad-based pharma company Intas Pharmaceuticals Ltd.

Gupta says that though the GSK announcement is a good development, there is no one to check if the company implements it strictly. Instead of waiting for companies to make such announcements, Gupta says the government must come up with strict laws.

Conflict of interest reporting by authors involved in promotion of off-label drug use: An analysis of journal disclosures

Doctors and drug companies: Still cozy after all these years