Transition in diet due to urbanisation and rising income levels, FAO report says 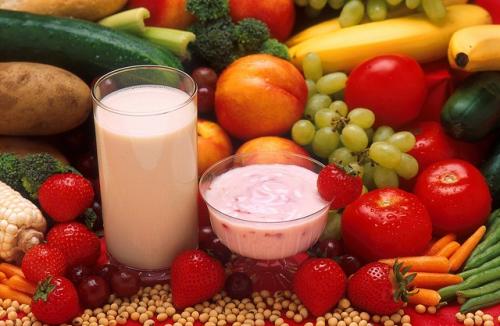 A regional overview of food insecurity in Asia-Pacific says that diets are shifting towards more protein-based food, thanks to rising income levels and urbanisation. But the transition is not without paradox, as hunger and obesity exist side by side.

The shift from traditional carbohydrate diets like rice to ones that are rich in protein and micronutrients is natural. Undoubtedly, income growth and urbanisation have driven this change. But these two factors have also resulted in sedentary lifestyles and growing consumption of energy-dense, nutrient-poor foods and beverages, leading to obesity, a Food and Agriculture Organization expert says.

Many countries in the region are facing the triple burden of malnutrition, micronutrient deficiencies and obesity. But at the same time nations need to fast-track their progress to achieve the zero hunger challenge by 2030. According to report author Vinod Ahuja, meeting the zero hunger challenge is certainly more significant in Asia-Pacific as more than 60 per cent of the world’s undernourished live here. For many countries in the region, there was a slowdown in the rate of reduction in the prevalence of undernourishment in the past five years compared to the two decades prior to that.

The report points out that people are consuming more milk and dairy products in Asia-Pacific. In South Asia, milk has always been a part of traditional diet. However, in east and southeast Asia, where milk was not a traditional food item, awareness about its nutritional characteristics has grown (in addition to rapid income growth) and so, people are consuming more dairy products.

The report also bats for smallholder dairy farming for triple benefits—nutrition, rural livelihoods and environment. “Considering the smallholder nature of dairy production in the region, it offers potential for accelerated poverty reduction,” Ahuja says. But limitations such as poor productivity and barriers in access to markets and technologies still remain. To tide over these problems, right policies and institutions are required to enhance smallholders’ access to technology and markets.

On the environmental side, particularly related to greenhouse gas emissions, the dairy sector has enormous potential to contribute to climate change mitigation, Ahuja adds. Improving on feeds (altering feed composition to improve digestibility of elements like phosphorus and nitrogen) is central to several of these effects. Overall, there is a consensus that there are technologies and husbandry practices which, if adopted, could contribute substantially to reducing the emission intensity from dairy farming.

As 30 per cent of children in Asia-Pacific are stunted and have micronutrient deficiency, even modest consumption of milk can improve their nutritional status, the report adds.

Recognising the potential contribution of milk and dairy products in improving micronutrient status, a number of governments (Bangladesh, China, India, the Philippines and Viet Nam) have developed programmes to promote “milk in schools”. Thailand has a long running National School Milk programme that has improved nutritional status among children. A review of the programme by the Institute of Nutrition, Mahidol University, Bangkok, found that students in the programme consumed more energy, protein, calcium and vitamin B12 than a typical diet in Thailand provides and that there was a suggested impact on their height. Another study by the National Youth Bureau and Department of Education, Kasetsart University, also found that children receiving milk in schools were taller than those attending non-programme schools.