Candida can now be detected in blood in just three hours 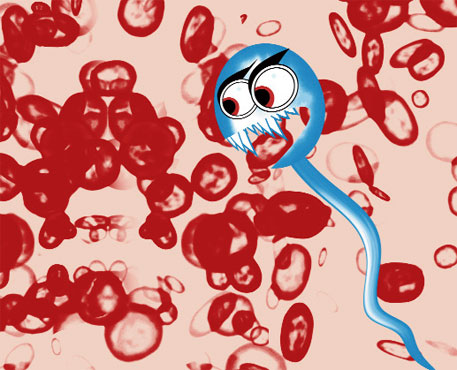 CANDIDA fungus shares a love-hate relationship with humans. It forms an integral part of human gut and skin flora. But the friendly fungus can turn a foe if it overgrows or appears in other parts of the body. Then it can cause health problems like fatigue, headache, weight gain, oral and genital candidiasis and worse of all, a blood infection called candidemia. The blood infection has 40 per cent mortality rate, mainly attributed to the long time required for a diagnostic test. But the situation might change with a new test that can detect the fungus in less than three hours.

Known as T2 Candida, the test uses magnetic resonance to detect the presence of Candida’s DNA in a blood sample. The test, developed by researchers from T2 Biosystems, a firm involved in production of diagnostic test kits, is the first single-step blood assay for detection of the fungus. The findings were published in Science Translational Medicine on April 24. The researchers say this test is far more sensitive, precise and accurate than the standard Candida test that employs blood culture and takes two to five days to produce a result.

“Studies have shown that each hour of delayed treatment increases the mortality of sepsis patients significantly, by up to 8 per cent or more. This research outlines how magnetic resonance can revolutionise the field, with great implications on mortality rates and healthcare costs,” says one of the researchers Eleftherios Mylonakis.

For their study, the scientists collected blood samples from 24 patients and developed blood compatible nanoparticles. Magnetic resonance technology was then used to detect Candida DNA from the blood-nanoparticle mixture. The scientists were able to correctly identify eight candidemic patients out of the 24 samples, without any false-positive readouts.

“The technology is no doubt exciting but it is too early to say whether this could be useful for quick diagnosis of blood infection in all cases,” says Thangam Menon, head of the microbiology department at University of Madras. “Candida is one of the easiest fungi to grow in the lab and presents little diagnostic challenge.”

She says molecular methods are used to reduce the time taken for laboratory diagnosis and many researchers have described different types of diagnostic tests for the rapid detection of Candidiasis in critically ill patients, particularly those who are on antifungals, in which case the culture result is likely to be negative.

India has a fair number of candidemia cases and the disease also ails people in developed countries like the US. Postgraduate Institute of Medical Education and Research in Chandigarh carried out a six month surveillance study from April-September 2011 to determine Candida distribution in hospitals. Incidence of Candidemia in intensive care units (ICU) was found to be 7 per 1,000 ICU admissions. The scientists also found a connection between Candidemia and gastrointestinal surgery. “In contrast to other studies, mortality rate was higher (greater than 50 per cent) in patients with Candidemia caused by two Candida species: C guilliermondii and C parapsilosis,” states the study.