The flu is back

Swine flu cases in Gujarat have crossed 7,000 with 492 deaths. Worse, health experts fear a major outbreak in the state this winter 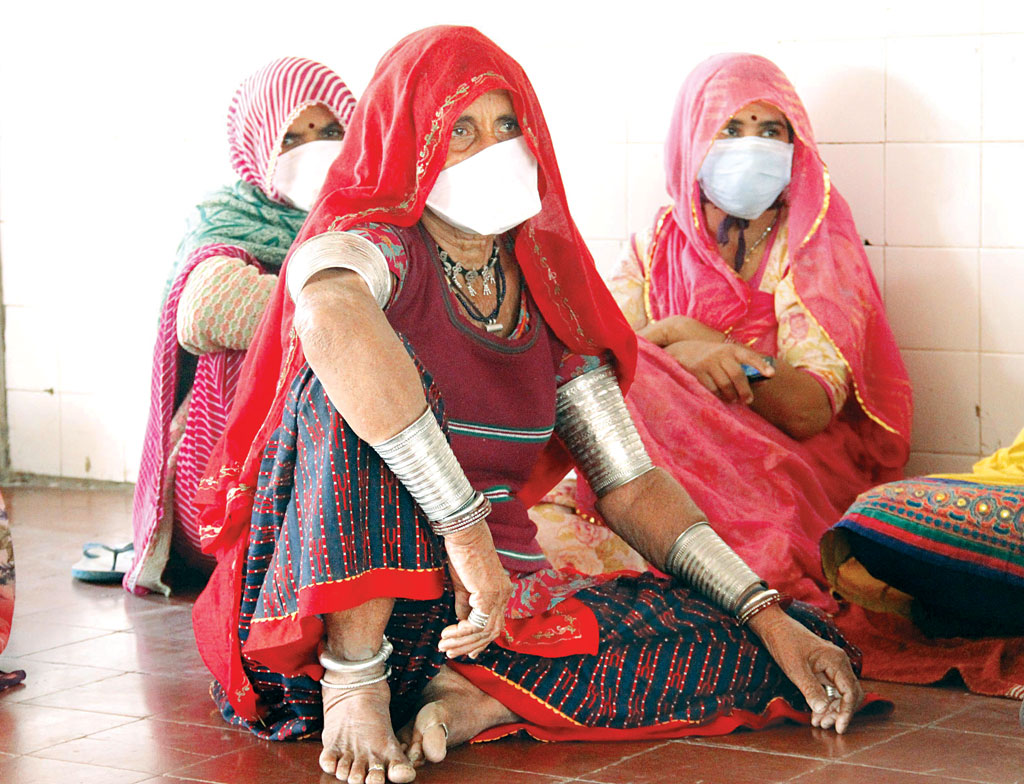 Women wait at the state-run Civil Hospital in Ahmedabad while their relatives get treated for swine flu (Photo: Hanif Sindhi)

Swine flu is back in Gujarat, only sooner than one would have anticipated. Cases started trickling in from the middle of summer when viral infections are unlikely. In July, five people reported positive for the flu and one person died. Within a month, the number of infected people increased to 69, while 13 died. In September, confirmed cases increased by four times to 274, while the deaths doubled, reaching 26. Between August 1 and October 18, Gujarat registered 466 cases and 52 deaths (see ‘Record high’,).

Swine flu hit hard during winter too. From January to April 2015, Gujarat reported the highest number of deaths in India—439 out of 6,563 cases—according to official sources. During the same period, Rajasthan witnessed 430 deaths, while it had reported 6,675 swine flu cases. This year alone, the total number of swine flu cases in Gujarat has crossed 7,000 with 492 deaths till October 18.

An official from the Gujarat health department, requesting anonymity, says that the figure of infected persons available with the government has been collated only from government hospitals and health centres and that the actual number may be higher.

The approaching winter has brought with it fears of a spike in swine flu cases in the state. Dinkar Rawal, deputy director of the epidemic cell of the state health department, warns that the spread of the virus could increase manifold once the mercury starts dropping after Diwali.

The media also speculates a major swine flu outbreak this winter. But the Union government is yet to warn the public. This attitude could prove costly as health experts believe that the H1N1 virus, which causes swine flu, could be changing, becoming more deadly.

Manoj Vithlani, a consulting physician in Ahmedabad, suspects genetic changes in the virus might be increasing its resistance against all kinds of weather. “This could be the reason swine flu has become endemic,” he adds. “This means that the disease has established itself among the population, just like malaria or dengue. This was not the case in 2009,” he says.

Kamlesh Upadhyaya, professor of medicine at the state government’s B J Medical College in Ahmedabad, explains that “influenza is an unpredictable disease and the H1N1 virus has come to stay in Gujarat”. He reasons that a high transmission of influenza in the northern hemisphere has led to the large number of swine flu cases in India. Apart from Gujarat, cases have been reported in Maharashtra, Karnataka, Rajasthan and Telangana.

The unpredictable nature of the virus explains the variance in the number of swine flu cases reported in the country over the years. When the virus first emerged in 2009, about 697 cases were reported in Gujarat between May and December, of which 125 patients died. But only 162 cases and 56 deaths were reported in the state in 2014, Upadhyaya says. Between 2009 and 2013, Gujarat accounted for 3,526 of the 58,690 swine flu cases in the country and 720 of the 3,907 deaths.

In a manual on swine flu prepared for the state’s doctors, Upadhyaya mentions three kinds of influenza currently prevalent in the northern hemisphere: influenza A (H1N1) pdm09, influenza A (H3N2) and influenza B. He disagrees with Vithlani on the changing nature of the virus and writes that India has seen the same strain over the years. “The virus has been internalised in Gujarat. Now, the disease spreads locally and there is no threat of foreigners bringing the virus with them,” he adds.

Is the government prepared?

Devarshi Patel, a law graduate in Ahmedabad, filed a public interest petition in the Gujarat High Court on February 19 this year when swine flu was at its peak in the state. He alleged that the government was not doing enough to tackle swine flu and that private hospitals were refusing to admit patients and charged higher fees for treatment.

But the government has refuted these allegations and claimed that the health department was actively engaged with private hospitals. Following the petition by Patel, the state presented an affidavit in the Gujarat High Court on February 22. It stated that as many as 326 private hospitals have agreed to provide free treatment to swine flu patients living below the poverty line, while the outpatient department of 295 of these hospitals would not charge money.

The government has also stocked swine flu medicine. “We have ensured that Tamiflu is available right to the level of primary health centres. Our awareness drive continues through newspapers, television channels and social media,” Rawal says. He adds that the government has put in place a surveillance system of “Influenza-Like Illness for identifying the clustering of such cases in the community on a weekly basis”. According to the 16-page affidavit, “there are already five specialised laboratories as per the specified guidelines of the World Health Organization which are capable enough for testing any sample coming from any corner of the state within 24 hours”. These laboratories are located in government medical colleges in Ahmedabad, Surat, Rajkot and Bhuj.