Unless stigma is addressed, the aim of ending the AIDS epidemic by 2030 is unlikely to become a reality 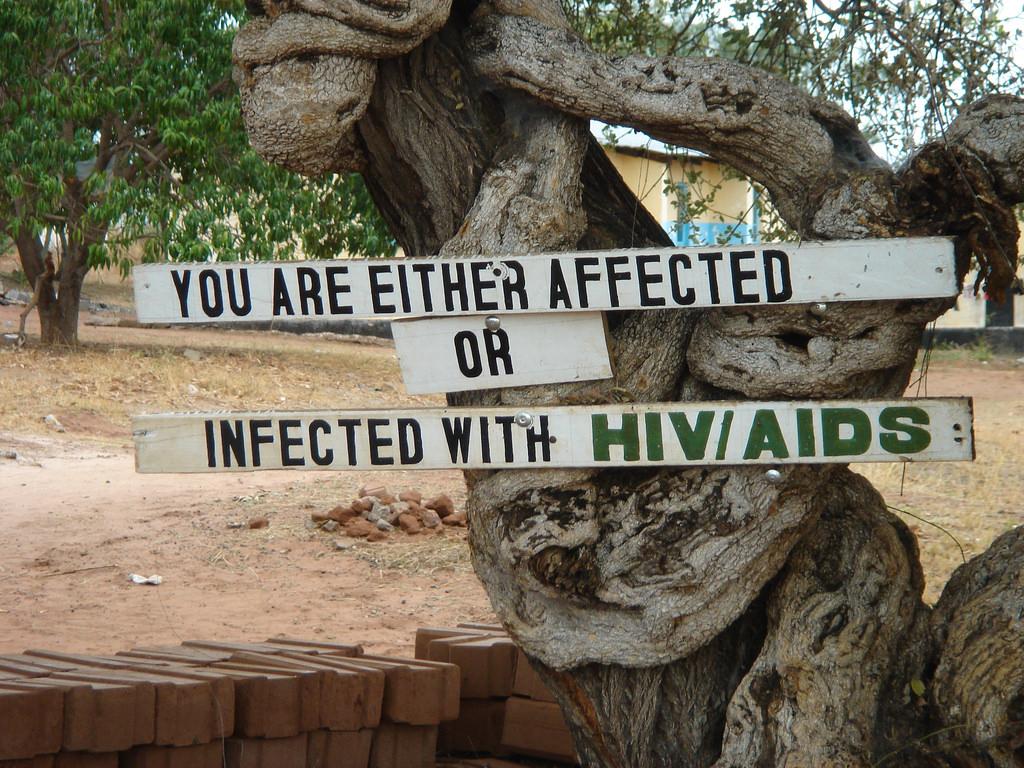 Stigma happens when disgrace and shame become associated with an attribute, such as being HIV positive. Credit: jonrawlinson / Flickr

There have been great strides and many important victories in the fight against HIV. Scientific innovations and sustained investment have been the most important weapons in this ongoing battle.

Nevertheless the epidemic retains a powerful grip – especially on people in Africa. In sub-Saharan Africa, 19.4 million are living with the virus. In 2016 an estimated 15 000 new infections occurred every week in the region.

Treatment and prevention of HIV are twin endeavours; they rely universally on two elements. The first is the interaction of HIV positive and negative people with HIV services. The second is the willingness of people to modify their risky behaviour and avoid negative health consequences.

Adherence is the cornerstone of these processes: a commitment to taking medication or adopting a risk-reducing behaviour consistently over time. By adhering to their antiretroviral (ARV) regimens those living with the virus are able to lead long, healthy lives. They are able to eliminate the chance of passing on the virus to their partner(s). The concept of an undetectable virus is an untransmissable one is now acceptable.

With good adherence to an HIV prevention pill or pre-exposure prophylaxis (PrEP) or consistent use of condoms, HIV negative people can protect themselves from infection.

But real and perceived stigma can undermine all these efforts. This is because stigma stops people from getting tested, stops them discussing their test results with intimate partners when they do test, and then staying on their treatment. Unless stigma is addressed, the aim of ending the AIDs epidemic by 2030 – one of the United Nations’ Sustainable Development Goals – is unlikely to become a reality.

The logic behind stigma

Stigma happens when disgrace and shame become associated with an attribute, such as being HIV positive. It results in the person with the attribute being discredited or socially renounced. When stigmatised beliefs are widely held in a community, hostility and discrimination towards stigmatised people becomes common.

A stigmatised person can start to believe these views as well and develop a self-depreciating internal representation of themselves. This is known as internalised stigma. It can lead to diminished mental health and emotional distress. Both general and internalised HIV-related stigma can compromise a person’s ability to seek and stay on treatment. And it can prevent people from taking steps to prevent infection.

For instance, a woman living with HIV could choose not to go back for more medication because she’s scared someone from her community will see her and learn her status.

Conversely, a sexually active teenager might not ask a healthcare professional how she can prevent HIV if she is afraid of being judged for having sex.

There is evidence that these scenarios still play out. The HIV Stigma Index conducted in South Africa in 2014 found that about 45% of the respondents experienced internalised stigma. And 39% lived in fear of potential stigma. Young people between the ages of 15 and 24 were particularly affected by all types of stigma.

Stigma on top of stigma

Stigma has the negative psychological consequence of making it more difficult for people to cope and find social support. It also reduces their ability to overcome other barriers to adherence, such as unfriendly healthcare services or side effects from medication.

The research shows that people who do not experience internalised stigma tend to be more successful in adhering to treatment and more capable of overcoming other barriers to access treatment and prevention services. HIV stigma poses additional difficulties for positive people who already belong to stigmatised population groups, such as men who have sex with men transgender people, sex workers, and people who inject drugs.

Stigma against these groups already reduces access to healthcare services and social support. But disclosure of being HIV positive can result in people facing even more stigma, discrimination and hostility.

This is especially the case in African countries where homosexuality and sex work are criminalised.

Moralistic support for criminalisation often interferes with public health initiatives. As a result, stigmatised populations are frequently made more vulnerable to HIV infection due to this discrimination and restricted access to healthcare services.

The good news is that stigma can be reduced if three basic interventions are put in place.

Firstly, through the implementation of effective and sustained mass media campaigns and health promotion aimed at dispelling the common myths. These campaigns should involve HIV positive people as message bearers.

And thirdly laws and policies that protect those living with the virus from discrimination and promote them being able to access healthcare services. These are especially important for key population groups living in countries where criminalisation disrupts public health strategies.

Linda-Gail Bekker, Professor of medicine and deputy director of the Desmond Tutu HIV Centre at the Institute of Infectious Disease and Molecular Medicine, University of Cape Town