Two-thirds poultry farms in India use antibiotics for growth promotion 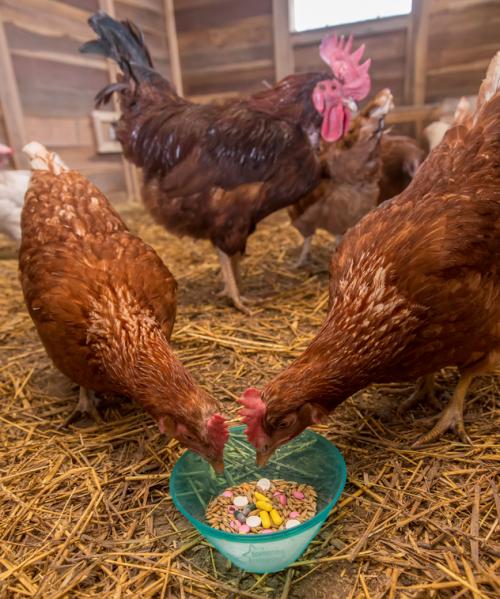 A new study led by researchers from the Center for Disease Dynamics, Economics & Policy (CDDEP), published in Environmental Health Perspectives, finds high levels of antibiotic-resistant bacteria in chickens raised for both meat and eggs on farms in Punjab.

A similar study conducted by the Centre for Science and Environment in 2014 found the use of antibiotics in the feed of poultry animals. The finding of the latest study reiterates that the status quo has not changed and rampant misuse of antibiotics continues.

The study raises serious concerns over the use of antibiotics for growth promotion in farm animals. For the study, the largest of its kind ever to be conducted in India, researchers collected more than 1,500 samples from 530 birds on 18 poultry farms in six districts in Punjab and tested them for resistance to a range of antibiotics critical to human medicine.

For research purposes, eighteen poultry farms from Punjab were surveyed, and 1,556 Escherichia coli isolates from 530 birds were tested for susceptibility to 11 antimicrobials. Samples from 510 of these birds were tested for production of ESBL—enzymes that confer resistance to most beta-lactam antibiotics.

Its finding says that meat producing farms had twice the rates of antimicrobial resistance as compared to egg-producing farms, as well as higher rates of multidrug resistance. High levels of resistance to many important antibiotics were found across the board, ranging from 39 per cent for ciprofloxacin, which is used to treat respiratory infections, to 86 per cent for nalidixic acid, which is used to treat urinary tract infections.

Almost 60 per cent of the Escherichia coli (E. coli) samples analysed contained “resistance conferring” genes, that not only render many antibiotics ineffective but can also be easily passed on to other types of bacteria. “Overuse of antibiotics in animal farms endangers us all as it multiplies drug resistance in the environment,” said study author and CDDEP Director Ramanan Laxminarayan.

He added, “Punjab is one of the leading states in India in poultry farming. It is critical that we take measures to end the use of antibiotics for growth promotion in animal breeding practices.”