In 2015-16, only 42 per cent of the Rs 620 crore allocated for prevention of vector-borne diseases was spent 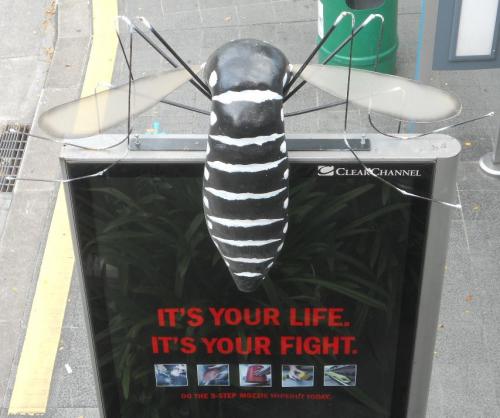 Malaria, dengue and chikungunya have officially affected over half a million people in India so far. However, funds allocated for control of vector-borne diseases have increased from about 1.8 per cent to 2.5 per cent in the past four years. What is even more disconcerting is the fact that these funds remain unutilised. In 2015-16, only 42 per cent (Rs 259 crore) of the Rs 620 crore allocated was spent.

The current situation looks strange since the plans for spending under the National Health Mission sent by state governments to the health ministry reveal that most states sought more than what was finally granted.

In 2016, the Delhi government had asked for Rs 6.7 crore from the health ministry for "fighting malaria and dengue". While they received Rs 1.75 crore, they were also allowed to use Rs 7 crore left over from the last year. Despite having the unutilised amount at disposal, the government reportedly sought Rs 4 crore for community mobilisation and awareness campaigns. Only Rs 6.4 million was allotted.

On the other hand, Delhi made no request for anti-malarial insecticides. It allots almost all funds for vector-borne diseases to municipal corporations because it is the entity responsible for prevention and control of mosquitoes. This allocation, which includes the Centre's contribution, is declining.

Meanwhile, the Municipal Corporation of Delhi has come under fire for failing to desilt sewers. It is allegedly short of fogging machines and it has not hired regular staff for 20 years.

In an unusual case, a 30-year-old man succumbed to malaria triggered by vivax malaria, less virulent than plasmodium falciparum, which is the deadliest of the five malaria parasites. Scientists fear that plasmodium vivax malaria may turn into epidemic if not checked.

The municipal corporation of Dehradun is unable to shell out enough funds to safeguard the city against the spread of mosquito-borne diseases although the health department has dual centres for getting funds from the Centre and state government. Despite recording more than 710 dengue cases in the capital city, the health department and the municipal corporation have just six fogging machines. Out of the six machines, two are reportedly dedicated for VIP zones.

Instead of taking up the work of detecting breeding sources and nipping the problem in the bud, the health department is totally relying on corporation to do fogging. Moreover, the fogging machines in Dehradun have a capacity of nearly seven litres, which is far lower than usual capacity of up to 300 litres.

Bhopal has witnessed a spurt in vector-borne disease, given the declining number of staffers in the district malaria office (DMO). While Madhya Pradesh recorded more than 277 dengue cases till August 31, Bhopal reported the second highest number of cases after Sehore district. The state capital also reported 362 malaria cases till August.

On the one hand, survey reported a spurt in larva in households and on the other hand the number of employees in DMO registered a sharp drop from about 145 a few years ago to about 90. About 20 houses per day could be covered by the staff for preventing malaria and dengue from spreading. In some cases, state officials are roping in these DMO employees to serve as peons and perform other sedentary work.

While our neighbour Sri Lanka was declared malaria-free, the disease continues to affect a large section of our population, especially those living in hilly and humid regions. According to a WHO report, about 80 per cent of malaria cases reported in India are from north and northeastern regions where only 20 per cent of India resides. About 287 deaths were reported due to malaria in India in 2015 alone.