This story has been corrected on May 12, 2020 to reflect in the headline and the first paragraph that styrene levels were 500 times, not 2,500 times higher. The error is regretted. The story was first published on May 9

The levels of styrene (C8H8), a volatile organic compound, were 500 times higher than the limits prescribed by regulators on the day of the Visakhapatnam gas leak, an analysis by Centre for Science and Environment (CSE) has found.

“Styrene in air yesterday when the leak was occurring could have been over 20 ppm up to 2 km of the plant, assuming an hour’s leak. This significantly high levels of pollutant dispersion could have led people to fall unconscious,” Awkash Kumar from the Indian Institute of Technology, Mumbai, and an air pollution dispersion modeller, said.

In his study, Kumar assumed the storage tank’s capacity to be three kilo tonnes. The leakage happened from a 10 cm diameter opening for one hour, in his view. 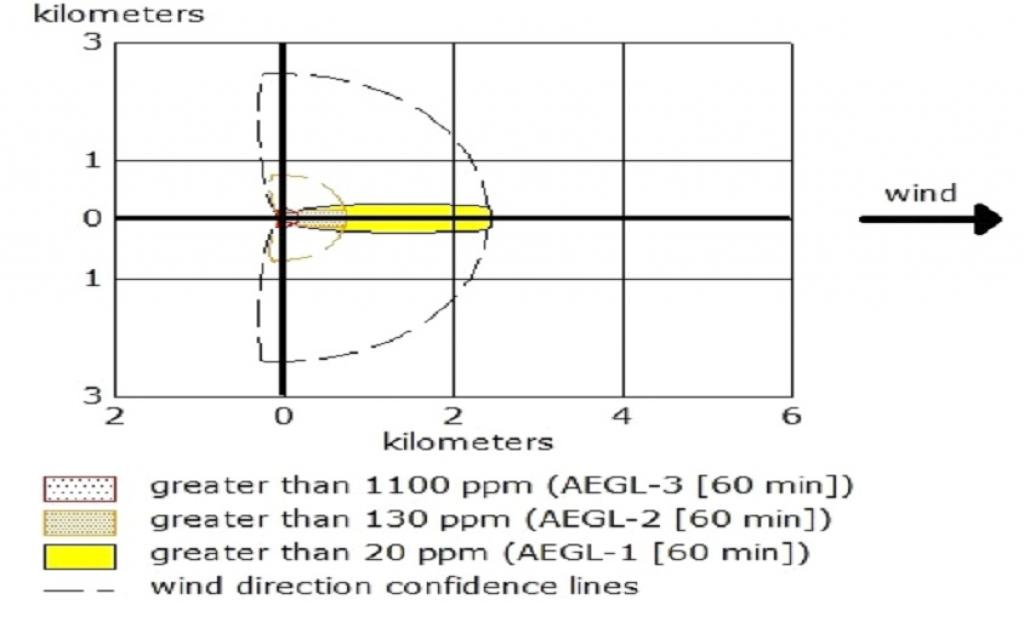 Note: The study has made the following assumptions –

Styrene, a likely carcinogenic chemical, can enter the human body through the skin, eyes, and predominantly through respiration. It gets absorbed into the blood more through alveoli in lungs.

It takes longer for styrene to get absorbed into the blood from the lungs, compared to other organic compounds. Studies have found 86 per cent of the styrene which enters the body to get excreted via urine.

The accumulation of non-metabolised styrene affects one’s health. It can particularly irritate eyes, cause hearing problems and irritate the gastrointestinal track.

Chronic, longer exposure can affect the central nervous system. So far, human studies on styrene toxicity have been few.

These are significantly higher than the levels recorded in Amaravati, the capital city of Andhra Pradesh, located about 400 km south of Visakhapatnam during the same time period. 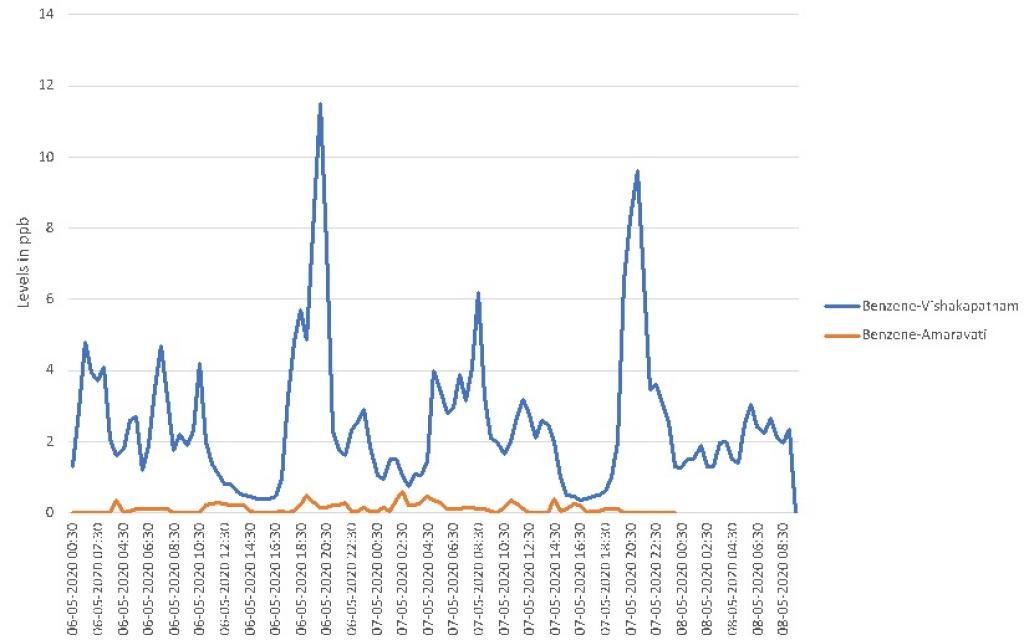 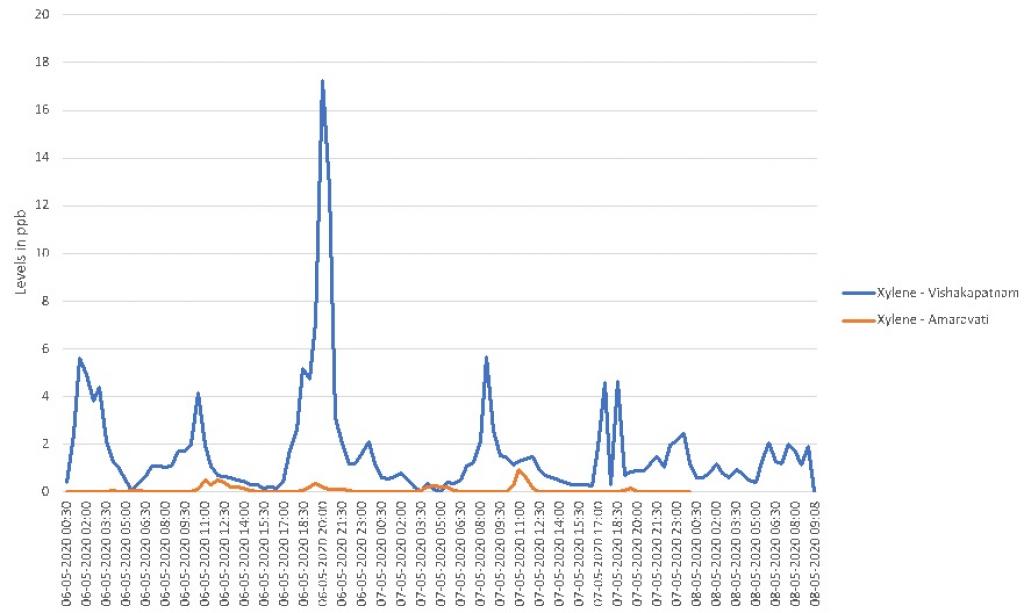 Monitoring VOCs is key to ensuring safety and health. According to the American Lung Association VOCs are “harmful by themselves, including some that cause cancer. In addition, they can react with other gases and form other air pollutants after they are in the air.” 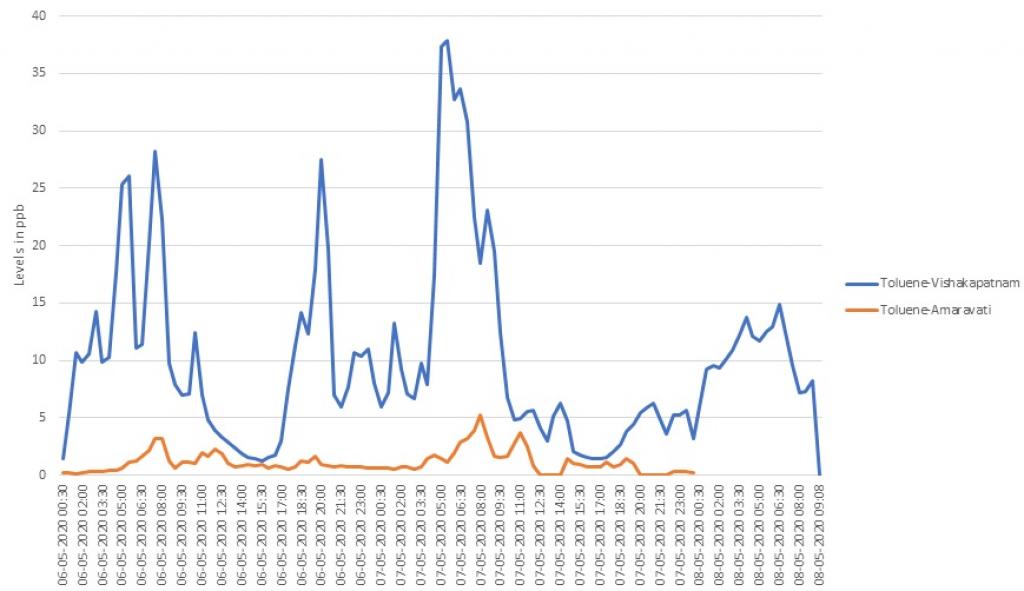